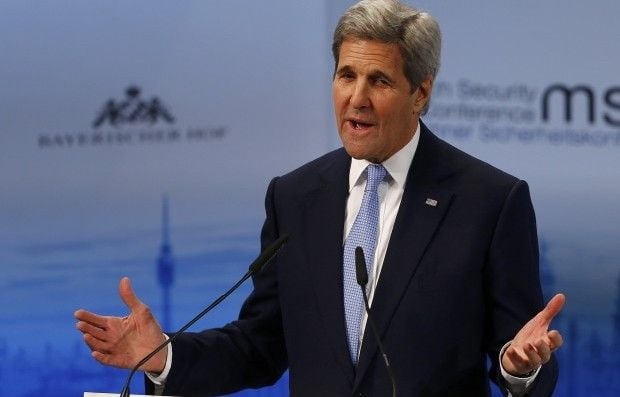 Sanctions will remain in place until "the sovereignty and integrity of Ukraine is protected in full implementation of the Minsk agreements," Kerry said at the Munich Security Conference on February 13, RFE/RL reported.

He added that implementation includes the withdrawal of Russian forces – which Western governments say are in Ukraine despite Russian denials – and restoration of Ukrainian control over the entire Ukrainian-Russian border.

He spoke of joint and "unwavering support for a democratic Ukraine" by the United States and the European Union, and called for Ukraine to do more to fight corruption, according to the report.