Medvedev: We are in "a new cold war" 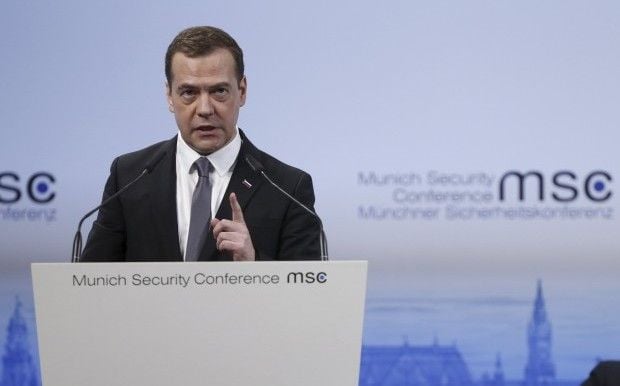 "The political line of NATO toward Russia remains unfriendly and closed," Medvedev said in his speech at the Munich Security Conference on Saturday, according to a report.

"It can be said more sharply: we have slid into a time of a new cold war," he said.

It is reported NATO on Wednesday approved new reinforcements for eastern Europe, including stepped-up troop rotations on its eastern flanks and more naval patrols in the Baltic Sea. In response, the Kremlin dismissed the alliance's argument that the move was merely defensive.

"It's important to avoid escalation between our forces," said Stoltenberg, who on Friday met Russian Foreign Minister Sergei Lavrov, according to the report.

"We are in a new reality with Russia," said Stoltenberg. "It's essential we engage with Russia."

At the same time, Medvedev said relations are still better than during the depths of the Cold War before the fall of the Berlin Wall and the collapse of communism. He cited past and present examples of cooperation with NATO countries including offensive-arms reductions, the nuclear deal with Iran and the Paris climate accord.

"Differences are not as profound as 40 years ago when the Helsinki accords were signed, when there was still a wall separating Europe," Medvedev said.