After the Austrian authorities had informed Slovenia that they were introducing stricter criteria for acceptance of migrants and refugees from the Middle East, Slovenia followed suit and introduced stricter criteria, according to The Slovenia Times. 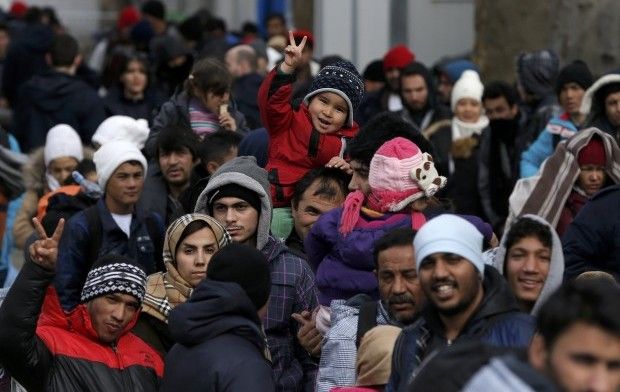 Austria decided to exclude those recognized as merely economic migrants or people who are taking advantage of the migration flow to come to destination countries for various interests, such as to study, work, visit relatives and similar.

Only making a statement that they want to apply for international protection in Austria or Germany does not suffice for being allowed entry, the Interior Ministry said on Saturday.

Read alsoTurkey, Germany to seek NATO help monitoring migrant flow from SyriaThe change of policy is a consequence of immense pressure and a large number of migrants and asylum seekers. Austria has thus been forced to propose consistent implementation of the criteria for entry of migrants, the ministry explained.

"We have informed Croatia about the new circumstance, because consequently we are also introducing stricter criteria for acceptance of migrants in Slovenia," the statement says.

Read alsoMcCain says Syrian truce unlikely, blames Putin for refugeesCroatia has received the notification and forwarded it to the remaining two countries on the Western Balkan migration route – Serbia and Macedonia.

Slovenia will be in touch with other countries on the migration route regarding possible additional changes, the ministry said, adding that Slovenia was taking measures to keep the situation fully under control.