The U.S. and Cuba have signed an agreement to resume commercial air traffic for the first time in more than 50 years, according to the BBC. 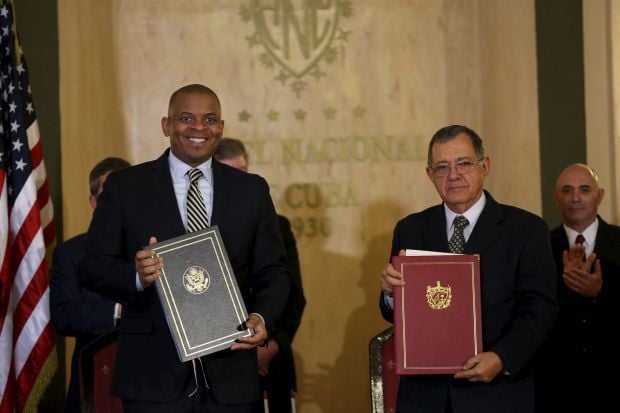 Some charter flights currently fly between the countries but the new agreement could see as many as 110 flights a day – more than five times the current number, the BBC reported.

The flights could begin in autumn this year.

This is the latest stage in a thawing of the countries' relationship.

The U.S. imposed a trade embargo on the communist-run island in 1960.

In late 2014, Presidents Barack Obama and Raul Castro announced that they would begin normalizing their relationship.

They met for the first time in April 2015 in Panama, and shook hands and held a private meeting at the UN General Assembly in September.