Many members of the Russian audience... 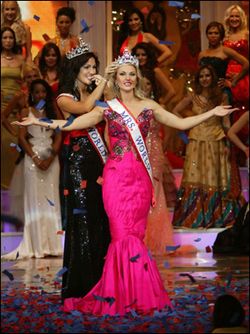 In the final night, Dieu Hoa won the heart of both the Jury and Russian audiences for her youthfulness in a swimsuit, splendor in Vietnamese traditional Ao Dai and Khan Dong (turban) and her good command of the Russian language.

Many members of the Russian audience took photos with Mrs. Vietnam.

Vietnam’s representatives received the certificate from the Organizing Board of the Mrs. World Pageant to host next year’s contest in Ba Ria - Vung Tau Province.