Russian air strikes in support of Syrian President Bashar al-Assad have intensified, a U.S. military spokesman said on Wednesday, despite Western calls for Russia to stop the air campaign, Reuters has reported. 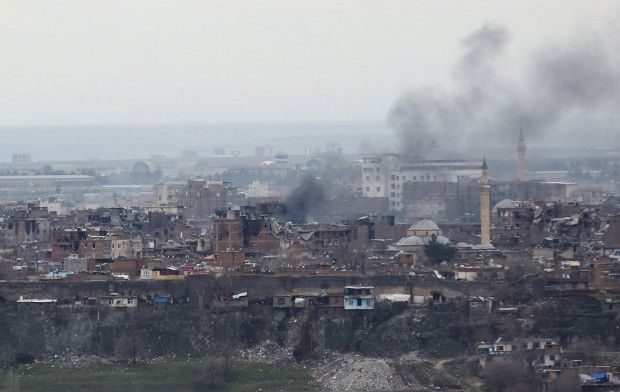 "There has been no lessening of the intensity of the Russian and the (Syrian) regime air campaign," said Colonel Steve Warren, a spokesman for the U.S.-led military campaign against Islamic State militants in Iraq and Syria. "If anything it's increased," as reported by Reuters.

Warren said the Russians fired three short-range ballistic missiles in the suburbs of Aleppo in the last few days, though he said the United States was unsure what sites the missiles hit.

The Syrian government has also continued using "barrel bombs," he said. The use of barrel bombs – oil drums or cylinders packed with explosives and shrapnel – has drawn international condemnation.

"We don't see any notable preparation for the temporary cessation of hostilities," Warren said.

Russia says its air strikes are targeting Islamic State militants, while the United States has said it is strengthening Assad and targeting moderate rebel groups.

Missile attacks in rebel-held areas of northern Syria on Monday killed scores of civilians and struck medical facilities and schools. Turkish officials blamed Russia for the strikes and accused it of carrying out war crimes. A Russian official said its air strikes were targeting Islamic State infrastructure and not civilian sites.

Warren said on Wednesday that Russian and Syrian planes were conducting strikes in the areas where hospitals were hit, although he said the United States was not sure which country had carried out the strikes.

"Russian and (Syrian) regime aircraft conducted strikes in those areas, and those hospitals were hit," Warren said.

Major powers agreed last week to a limited cessation of hostilities in Syria, in a deal that takes effect at the end of this week but was not signed by any warring parties – the Damascus government and numerous rebel factions fighting it.

Several Western countries said there was no hope for a pause in combat without a halt to Russian bombing.

Russia says the "cessation" does not apply to its air strikes, which have shifted the balance of power towards Assad.