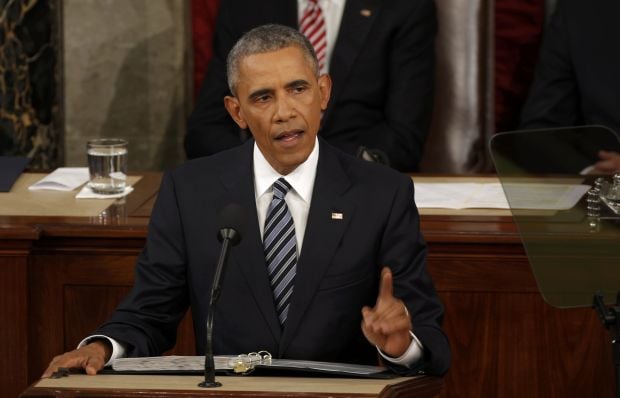 The country has refused to stop its nuclear programme and the bill was easily passed last week by Congress, the BBC wrote.

The U.S. and China are negotiating over a UN Security Council resolution on new sanctions.

China has said some of the measures could cripple North Korea's economy.

The sanctions freeze the assets of anyone doing business related to North Korea's nuclear or weapons programme or involved in human rights abuses.

North Korea recently fired a long-range rocket, which critics said was a test of banned missile technology. State television announced that North Korea had "successfully placed a satellite in orbit".

The morning after that launch, Mr Obama said: "This is an authoritarian regime. It's provocative. It has repeatedly violated UN resolutions, tested and produced nuclear weapons, and now they are trying to perfect their missile launch system."

It came after the North's fourth nuclear test in January. Analysts say Kim Jong-un is looking to appear powerful before his important Seventh Party Congress in May.

"The bill was the first one exclusively targeting North Korea, which was passed in an unusually expeditious fashion. We expect it to provide a platform for the U.S. to take strong and effective measures [against North Korea]," said South Korea's foreign ministry in a statement.

The South has said it will be discussing with the US the deployment of a missile defence system.