A passenger train has derailed near the Dutch town of Dalfsen, leaving one person dead, officials say, according to the BBC. 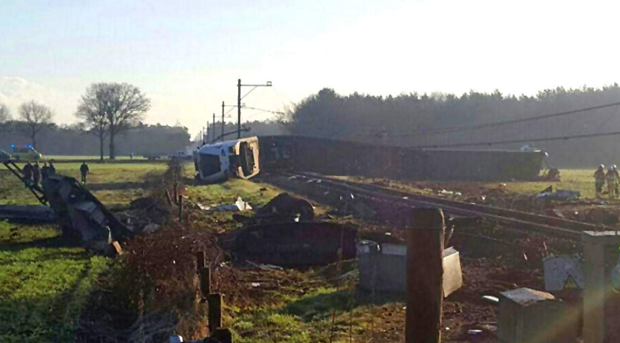 The train hit a hydraulic crane on a crossing, tilted over and went into a field, leaving several carriages lying on their sides, the BBC reported.

Residents said the crane had been crossing the line, east of the city of Zwolle, when the train ran into it.

Witnesses said the train driver had been killed but there was no immediate confirmation from the operator, Arriva.

Emergency services said some managed to clamber out of the carriages but they were searching the wreckage for anyone still trapped.

One person has been killed after a passenger train hit a crane in Dalfsen, Netherlands https://t.co/pRaxZZ1Wwc