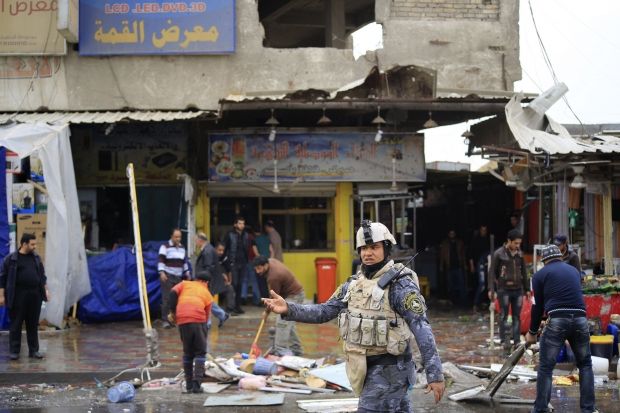 Reuters reported another 50 people were injured in the explosions, citing police and medical sources. The attack was carried out in Baghdad's Shulaa district, a predominantly Shia area of the city, IBTimes wrote.

The casualty count is expected to rise.

Daesh (IS) claimed responsibility for the attack through a statement on social media.

Arabic language media reported the twin blasts took place at a mosque near a busy market. The first of the two explosions went off inside the mosque. The second, planned to cause maximum casualties, took place outside as security officials and onlookers gathered nearby. At least four members of the security services are believed to be among the dead.