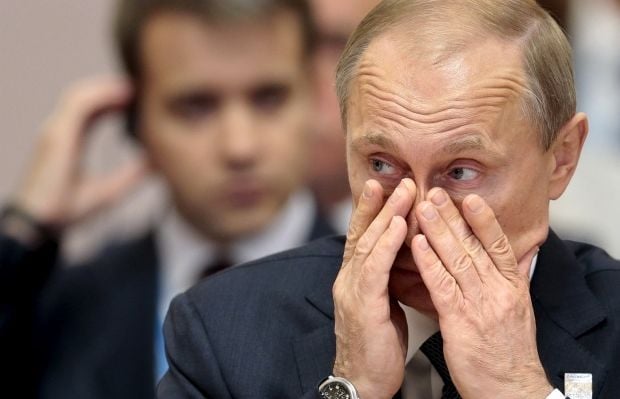 It was the most tangible sign yet that Putin is creating a new satellite state on NATO's border and threatening an indispensable U.S. ally, Ereli writes.

The buildup in Armenia has been glossed over in Washington, despite being a key piece of Vladimir Putin's plan to dominate the region — along with its proxy Syria and growing military ties with Iran. Most importantly, Armenia shares an approximately 165 mile border with Turkey, a NATO member and the alliance's southern flank, the report notes.

Over the last six months – as Russia's war in Syria and pressure on Turkey has intensified – the flow of its arms and personnel into Armenia has escalated to include advanced Navodchik-2 and Takhion UAV drone aircrafts, Mi-24 helicopter gunships and Iskander-M ballistic missiles. Last July, Putin ordered snap combat readiness checks in Armenia to test the ability of his forces to react to threats to Russia's interests abroad. Earlier this month on orders of Russian Defense Minister Sergei Shoygu, Russia began a massive military exercise in its "southwestern strategic direction," which includes Armenia. The total strength of the regional operation included approximately 8,500 troops, 900 ground artillery pieces, 200 warplanes and 50 warships, according to the report.

The Armenian-Russian alliance is gaining strength. Armenia currently hosts an estimated 5,000 Russian military personnel and two Russian bases. In 2010, both countries signed an agreement that extended Russia's basing rights in Armenia by 24 years, until 2044, and committed Moscow to supply the Armenian armed forces with "modern and compatible weaponry and special military hardware," according to Armenian President Serzh Sargsyan.

A similar Russian deployment on the borders of any other NATO member state would produce an outcry of outrage, as emphasized in the report.

"Why are we staying silent in the face of this thinly veiled aggression against Turkey?" the author asks.

Turkey, after all, is a critical ally in the global fight against ISIS, Ereli writes, and is among the only members of the U.S.-led coalition with bases near strategic ISIS strongholds.