Donald Trump's rivals shot barbs in his direction in the last presidential debate before Super Tuesday, even presenting him as too soft on issues such as immigration and perhaps not sufficiently conservative, according to CBS New York. 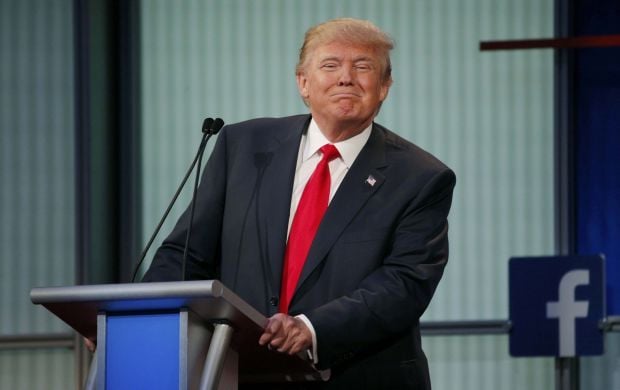 Trump began the debate by proclaiming, as he often has, that the country no longer "wins," CBS New York reported.

Trump's grasp on the Republican presidential nomination has been tightening. But rivals Marco Rubio and Ted Cruz, up until Thursday, showed little willingness to take on the former reality television star when the national spotlight shone brightest.

That changed in a major way on Thursday night.

Cruz accused Trump – as well as Rubio – of being soft on immigration. Cruz took aim at Trump's policy of letting some immigrants back in after all the undocumented immigrants are ejected from the country – provided that they were vetted and reentered legally.

Rubio then turned on Trump, accusing him of hiring illegal workers on one of his projects, which Trump quickly dismissed.

"I'm the only one on this stage that's hired people," he told Rubio. "You haven't hired anybody."

The ninth Republican debate of the presidential campaign took place just a few days before 11 states hold GOP elections that will either cement Trump's dominance — or let his rivals slow his march to his party's presidential nomination.

Trump won Nevada's presidential caucuses on Tuesday with more than 45% of the vote, scoring his third consecutive primary victory in dominant fashion. Rubio edged out Cruz for runner-up for the second consecutive race, with Ohio Gov. John Kasich and retired neurosurgeon Ben Carson far off the pace.