Iran's Supreme Leader Ayatollah Ali Khamenei has urged Iranians to turn out in big numbers as the polls opened for voting on February 26, according to Radio Liberty. 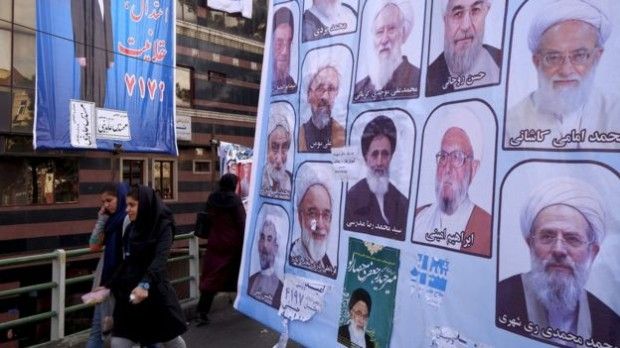 "I suggest our nation to cast their votes early... They should choose their candidates wisely... A big turnout will disappoint Iran's enemies," he said after casting his vote in the elections for parliament and the Assembly of Experts, which has the power to appoint and dismiss the supreme leader, RFE/RL wrote.

The elections are the first since Iran's landmark nuclear deal with world powers went into effect early this year.

The vote is being viewed as a referendum on that deal and its champion, moderate President Hassan Rohani, who has touted the economic benefits for ordinary Iranians with the lifting of Western economic sanctions under the deal.

After casting his ballot, Rohani said he had reports of a high turnout.

Reformists seeking more democratic changes and moderates aligned with Rohani are vying in the elections against hard-liners who oppose the nuclear deal and openings with the West.

Some 53,000 polling stations throughout Iran are taking ballots for the 290-member parliament and the 88-member Assembly of Experts.