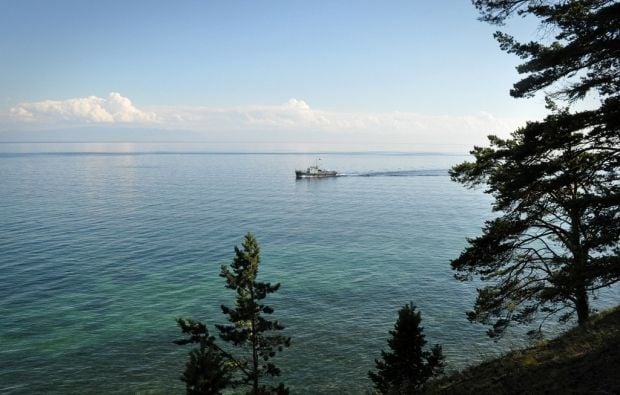 It said residents of 13 settlements on the Baikal shore were also facing difficulties with water supply. This is the first time that water disappears from wells so far away from the lake, Minister Yuri Safyanov said, noting that previously wells went dry only in onshore areas in 2014 and 2015, TASS wrote.

Under orders from the local authorities, water is brought to the affected areas and the quality of drinking water is constantly monitored.

Lack of water in the unique lake has been registered over the past few years. Water level in the autumn-winter season has been declining for the second year running below the critical mark of 456 meters. Specialists blame "a difficult hydrological situation that developed in the summer-autumn of 2014" as one of the reasons.

Air temperatures were higher than on the average amid insufficient rains. The rivers falling into Lake Baikal shallowed, as a result of which the lake received only 60% of water amounts it needed.

Lake Baikal in south-east Siberia, the deepest lake in the world /1,700 m/, contains 20% of all fresh running water on the planet. Located on an area comparable with that of the Netherlands, it is the biggest reservoir of fresh-water on the Earth. Water level in Baikal is regulated by the Irkutsk hydropower plant on the River Angara outflowing from Lake Baikal. Experts say the lake’s shallowing may carry such threats as losses in productive efficiency of the hydropower plant, the lake’s ecosystem imbalance and threats to fish spawning areas, subsoil water level lowering in coastal areas fraught with peat bog fires.

The subject of Baikal’s possible shallowing was seriously raised only in 2001. A World Lakes Conference in Japan’s Otsu put Lake Baikal, along with Lake Okeechobee in the United States /with a depth of three metres/, Lake Balaton in Hungary /with a depth of 12 metres/ and the Aral Sea located at the border of Kazakhstan and Uzbekistan /up 50 metres deep/, on the list of the world’s largest fresh-water lakes facing the biggest threat of deterioration.