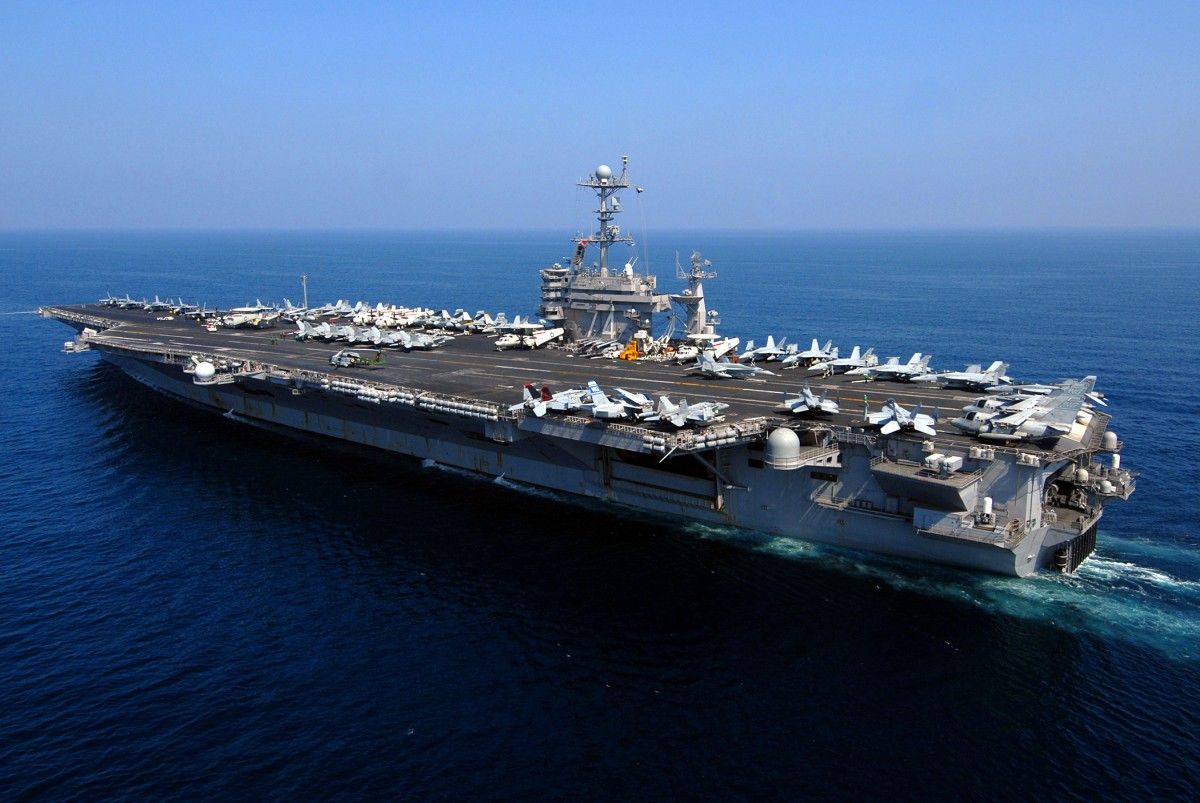 "Our ships and aircraft operate routinely throughout the Western Pacific — including the South China Sea — and have for decades," Pacific Fleet spokesman Cmdr. Clay Doss said in a statement, downplaying the heavy U.S. presence in the region, according to The Navy Times.

"In 2015 alone, Pacific Fleet ships sailed about 700 combined days in the South China Sea," he said.

However, experts say sending Stennis and its air wing to the South China Sea is a clear signal to China and the region.

Read alsoChina: minor incident with U.S. warship could spark war in South China SeaSix nations in the region lay claim to parts or all of the disputed islands chains. The Spratly Islands, a collection of reefs, rocks and other natural features, have been the site of extensive Chinese land reclamation projects. In the last two years, China has begun constructing islands on top of reefs and claiming territorial seas around them to gain exclusive fishing and resource rights to most of the South China Sea.

These disputes have led to violence in the past. In 1974, a conflict between South Vietnam and China led to a shootout in the Paracel Islands, located between Vietnam and China's Hainan Island. That dispute continues.