Pakistani militants say blast at court that kills 10 was revenge

Pakistani militants said a suicide bombing at a court on Monday in which at least 10 people were killed was revenge for the hanging of a man convicted of the 2011 killing a prominent liberal politician who had called for reform of blasphemy laws, Reuters reported. 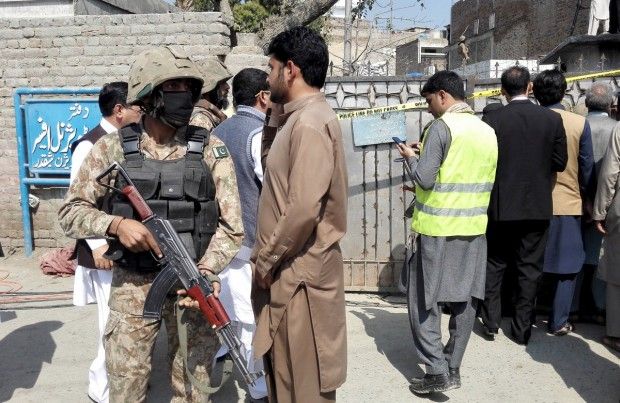 Police said the bomber had intended to enter the court in the northwestern town of Shabqadar, near the Mohmand ethnic Pashtun region, and set off his explosives when guards challenged him, Reuters says.

The Pakistani Taliban's Jamaat-ur-Ahrar faction claimed responsibility for the attack in the town, about 150 km (90 miles) northwest of the capital, Islamabad, according to the report.

Group spokesman Ehsanullah Ehsan said in an emailed statement the bombing "was especially done as vengeance for the hanging of Mumtaz Qadri".

Qadri, a bodyguard-turned-assassin, was executed last week for killing Salman Taseer, the then governor of Punjab province, after he had called for reform of blasphemy laws that mandate death for insulting Islam or its prophet.