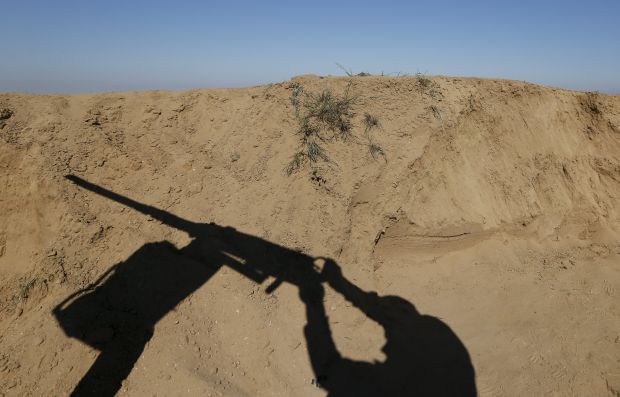 In a statement to the BBC, the Pentagon would not confirm his capture.

However, its spokesman confirmed U.S. special forces had begun operations in Iraq – part of a more aggressive strategy against IS.

The man has already told interrogators how IS loaded mustard gas into shells, U.S. sources told the New York Times.

Mr. Afari was identified as a former employee of the Military Industrialization Authority, which functioned under Saddam, who used poison gas against Iraq's Kurdish community in the 1980s.

He is being questioned about IS plans to use mustard gas, which is banned under international law, in Iraq and Syria, the paper says.

One defense official quoted by the paper said the gas was not concentrated enough to kill anyone but that it could maim people.

Mustard gas, which is liquid at ambient temperature, is a powerful irritant and blistering agent which causes severe damage to the skin, eyes and respiratory system and internal organs.

The International Committee of the Red Cross (ICRC) visited the prisoner after it was notified of his capture by U.S. officials, the paper adds. No details were given.