A major new animated feature, backed by the Russian government and church, is under production, putting Scotland firmly on the front line of what some see as a new cold war, a cultural one, The Herald Scotland reports. 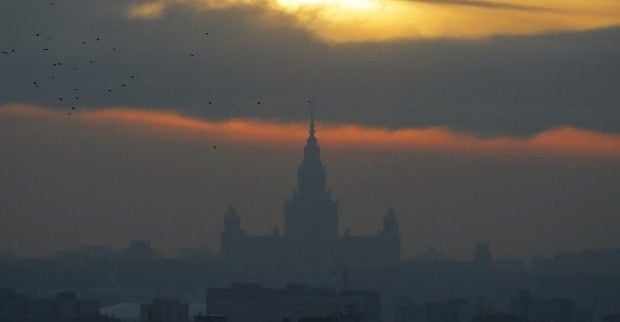 The movie, Kids against the Sorcerers, pitches patriotic and devoutly Orthodox Christian Russian school children into a terrifying battle with occultist Scots backed by - as surreal as this may sound - NATO navies, the report reads.

Essentially, Kids Against Sorcerers is a war between a kind of patriotic junior KGB and a gang of Harry Potters who have turned evil. And the KGB kids win.

Its critics see it as crude Stalinist propaganda, with a sinister undercurrent of McCarthyite paranoia about an enemy within.

Read alsoChildren in occupied Donbas used in Kremlin propagandaIts creator reckons it is "just a fairy tale" and dismisses the hugely negative response as the bile of “people who just sit at home and criticise because they have nothing better to do”.

Glasgow University’s Ammon Cheskin is one of those alarmed by an eight-minute clip, complete with jingoist commentary from a former KGB officer.

“I have never seen anything quite like this,” Dr Cheskin said. “This looks like a crass film. It talks about people who speaks like Russians and look like Russians but who, in their souls, are not Russian. This sounds Stalinist. The trailer has people taking about ‘internal enemies’.”

In the book, some cadets from Moscow’s elite Suvorov military school are sent on a secret mission to a Scottish island called Loch Horrog to rescue some Russian children who are being brainwashed into the occult by Harry Potter.

Read alsoRussian propaganda: rural school students near Transnistria taught "U.S. enemy of mankind"In the film, Russia’s young heroes stop off in Kosovo on their way to Scotland, allowing some flashback scenes of NATO baddies pushing a bearded Orthodox priest to the ground, his crucifix falling into the Balkan dirt.

The real villain in Kids against the Sorcerers isn’t NATO. It is a Russian called Leonard. This, say critics, is where the story gets sinister.

The voiceover on the trailer says: “The main antagonist, Leonard, took up occultism and betrayed his motherland. But this isn’t obvious to others. He didn’t take on the enemy’s form. From the outside, he looks the same, but he has changed on the inside. At first glance, he is Russian. But he hates Russia.”

The voiceover says the wizards are seeking revenge for their defeat 75 years ago. That is a direct reference to the Soviet victory over Nazi Germany. An apparently law-abiding foe like Leonard, it suggests, is more dangerous than the Nazis.

Read alsoTuka outraged at Kremlin using Donbas children in propaganda schemesIt adds: “You can’t tell him apart from others but he is cultivating hatred against Russia in its youth, so they grow up to be enemies of the motherland. Such children speak Russian, they even live here, but they are only at home in other countries. A hidden enemy is more dangerous than one you can see.”

Despite uncomplimentary comments on social media and Youtube, the film is backed by an organization within the Russian Orthodox Church, which is now really associated with the Kremlin, reads the article.