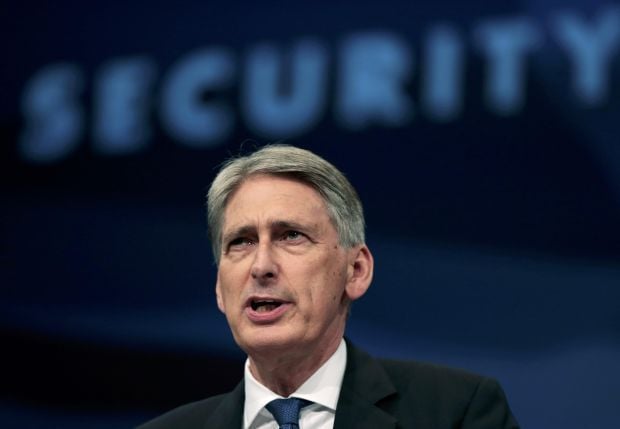 "Somebody goes into another country, starts bombing civilian populations, destroying hospitals and schools," Hammond told the House of Commons in London on Tuesday. "If, and it's still a big if, they do decide five months later that they've done enough, let's not give them too much praise. It's a bit like: 'did he stop beating his wife?'" as reported by Bloomberg.

"The fact that they're there in the first place is something that we have to continually protest about," Hammond said. "We certainly should not give them any credit for simply withdrawing from these illegal activities."

Read alsoPutin spends over $0.5 bln on war operation in Syria – RBCPutin ordered a partial pullout of Russian forces from Syria on Monday after his intervention last year in support of Bashar al-Assad's regime turned the tide of the five-year conflict. While Russia said it was targeting terrorists including members of Islamic State, the U.K., the U.S. and Germany have accused Putin of also hitting civilians and more moderate forces opposing Assad.

Read alsoRussia to continue strikes on terrorist targets in Syria