There were no Ukrainian citizens among 13 people who died after a bus traveling between the Spanish cities of Valencia and Barcelona crashed early on Sunday, March 20, however, two Ukrainians were injured, according to the Ukrainian Ministry of Foreign Affairs. 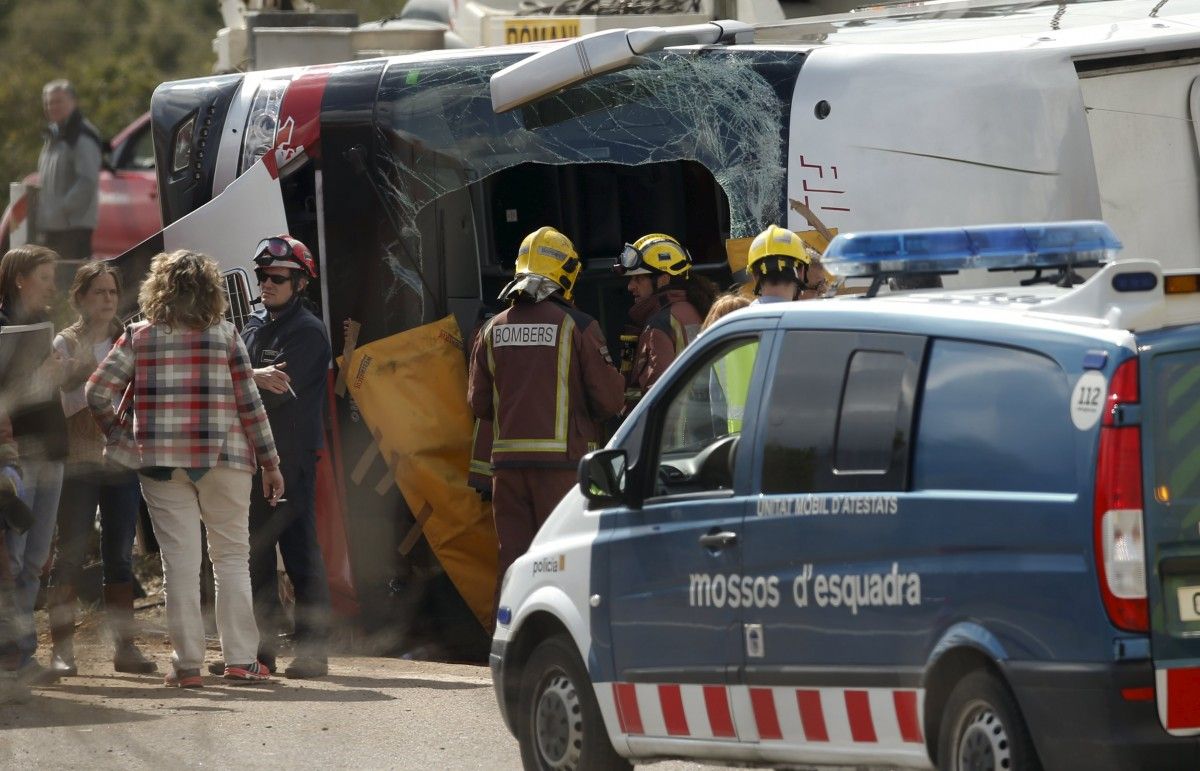 "Two Ukrainians were injured in the road accident. Both are in hospital now. A female Ukrainian was badly injured, but there is no threat to her life, doctors say. The other, male citizen was slightly injured and is expected to be discharged soon," representative of the ministry's consular service Yevhen Ihnatovsky told Channel 112 Ukraine on Sunday.

As UNIAN reported earlier with reference to Reuters, the bus was carrying 56 passengers, according to officials in the northeastern region of Catalonia. Many of the students on board were participating in the Erasmus exchange program between European universities.

According to updated reports, the death toll of the road accident was 13 people, while 43 were injured.