Trump blames U.S. allies for "not doing anything" re Russia's aggression in Ukraine

U.S. Republican presidential candidate Donald Trump blames America's allies for "not doing anything" on the subject of Russia's aggression in Ukraine, according to The Washington Post. 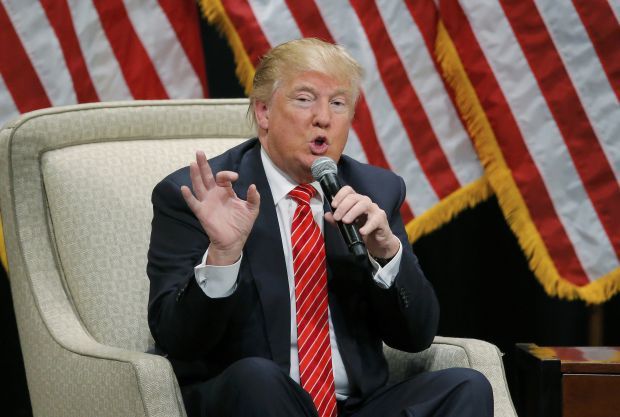 "Ukraine is a country that affects us far less than it affects other countries in NATO, and yet we're doing all of the lifting," Trump said. "They're not doing anything. And I say: 'Why is it that Germany's not dealing with NATO on Ukraine? Why is it that other countries that are in the vicinity of Ukraine, why aren't they dealing? Why are we always the one that's leading, potentially the third world war with Russia,'" he said, The Washington Post wrote.

Trump said that U.S. involvement in NATO may need to be significantly diminished in the coming years, breaking with nearly seven decades of consensus in Washington. "We certainly can't afford to do this anymore," Trump said, adding later, "NATO is costing us a fortune, and yes, we're protecting Europe with NATO, but we're spending a lot of money."