Mendoza - considered the favourite - says her kidnapping in her homeland when she was younger allowed her to remain poised under pressure.

The same could not be said of the Miss USA contestant Crystle Stewart of Texas.

She tripped on the train of her bejeweled evening gown as she made her entrance.

She stood quickly after the trip, but is the second Miss USA in a row to fall during the Miss Universe competition.

Miss USA Rachel Smith fell in the evening gown competition last year in Mexico, with the incident captured on YouTube. 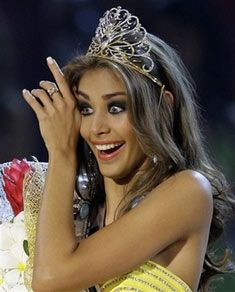 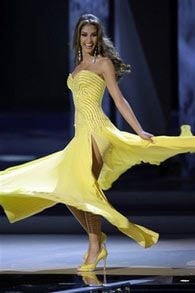 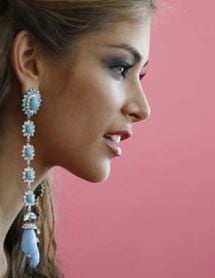 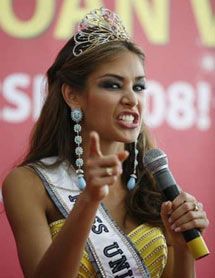 The 15 semifinalists in bright bikinis strutted across the stage before the final 10 appeared in evening gowns.

The field was reduced to 15 semi-finalists at the beginning of the show, including Venezuela, Kosovo, Mexico, Vietnam, South Africa, Australia, Japan, the Dominican Republic, Italy, Colombia, Russia, Hungary, the Czech Republic, the United States and Spain. 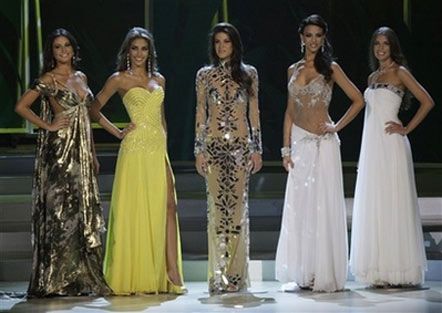 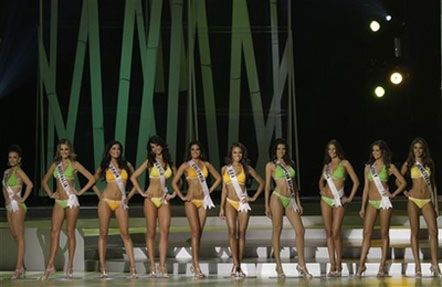 It may not be the Olympics, but with television audiences in 170 countries expected to tune in to watch today`s gala, it is being touted as Vietnam`s coming-out party.