No tradeoff: NATO Deputy chief on possible cooperation with Russia

NATO Deputy Secretary General Alexander Vershbow has told the reporters about the conditions Russia put forward in exchange for cooperation, adding that the Bloc is willing to cooperate with Moscow against the background of Brussels attacks , but there will be no tradeoff, including the refusal to strengthen military presence at NATO’s eastern borders. 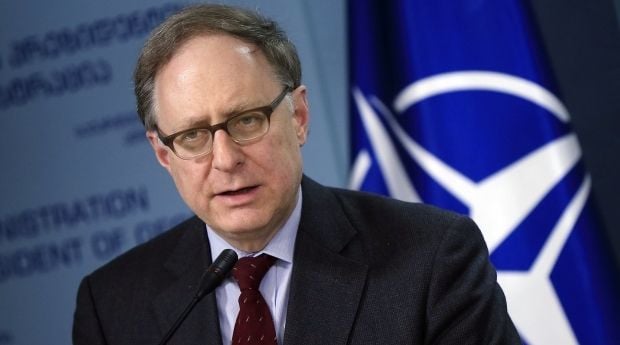 Russia proposed to “cooperate against terrorism and end our measures that have been taken in response to their aggression against Ukraine,” the NATO official said at a joint press point with Lithuanian President Dalia Grybauskaite.

“We are not going to make any kind of tradeoff,” Vershbow said.

Read alsoPentagon: Russia top global threat to U.S.“And even if we could collaborate more against terrorism, we are not going to abandon our firm response to that aggression and the illegal annexation of Crimea in particular,” said the NATO deputy chief, as “Russia has undermined the basic principles of the European security.”