An unidentified man with an apparent history of causing disturbances at the U.S. Capitol was shot Monday afternoon when drew a gun inside the complex's vistor center, authorities said, according to Yahoo! News. 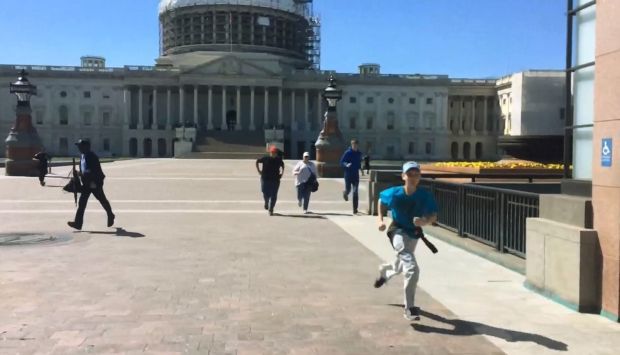 Police said the man, who was previously known to officers, set off a metal detector before pulling a weapon from his clothing about 2:30 p.m., Yahoo! News wrote.

At least one officer fired, striking the suspect. No officers were injured, but an adult female bystander suffered minor wounds when she was hit by flying shrapnel.

"It has not been determined how many officers fired their weapons," Capitol Chief Matthew Verderosa told reporters. 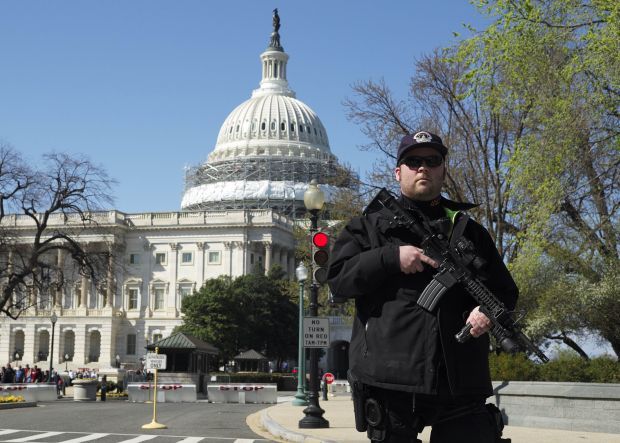 Verderosa said investigators believe the man was acting alone and not tied to a terrorist group.

"No reason to believe this is anything other than a criminal act," the chief said.

ABC News, citing sources, identified the suspect as Larry Dawson of Tennessee who interrupted a House session last October. Verderosa acknowledged the suspect is known to Capitol police, but declined to confirm if he was the same person from the October incident.

The Capitol building and White House were locked down for more than hour as more police responded to the scene. The chief confirmed that officers had located what they believe is the suspect's vehicle.

While Congress is currently in recess, there were tens of thousands of people expected in Washington, D.C., on Monday, during a typically busy spring break and tourist season. An estimated 35,000 people were expected to visit the White House for its annual Easter egg roll alone. Shortly after the lockdown at the White House was lifted, several hundred tourists were seen moving freely outside the fence and taking selfies as if nothing happened.

The Capitol Visitor Center opened in 2008. It is located on the east end of the National Mall between the Capitol building and the U.S. Supreme Court building. 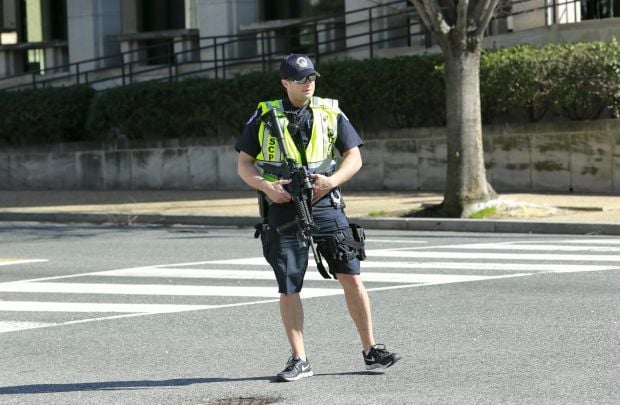 The U.S. Capitol Police have been on heightened alert since last week's terror attacks in Brussels. There was an active shooter drill at the U.S. Capitol earlier Monday.

WATCH: Video shows person loaded into ambulance at US Capitol amid lockdown. https://t.co/WSH69aNzABhttps://t.co/ABqEpOEmiL