The suspected hijacker of an EgyptAir airliner surrendered to authorities at Larnaca airport in Cyprus on Tuesday, Cypriot authorities said, according to Reuters. 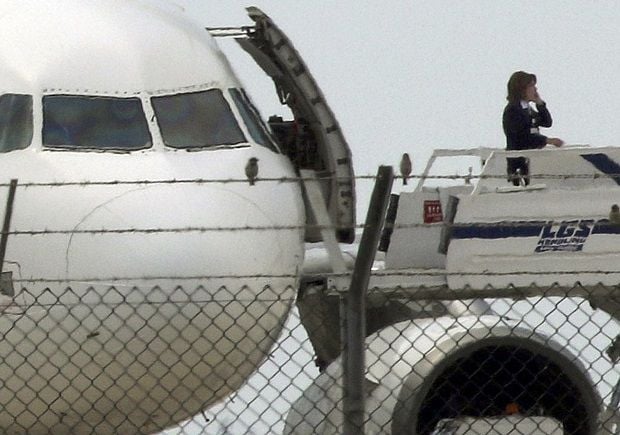 The hijacker emerged from the aircraft with his hands in the air, state TV said, as reported by Reuters.

"It's over," Cyprus's foreign ministry said in a tweet.

As UNIAN reported earlier, on Tuesday morning, a plane was hijacked after taking off from an airport in Egypt.

The Cyprus Broadcasting Corporation reported that 55 people were on board, with a crew of 7.

After the EgyptAir plane landed at Larnaca airport, the hijacker released all the people onboard except five foreign passengers and the crew.