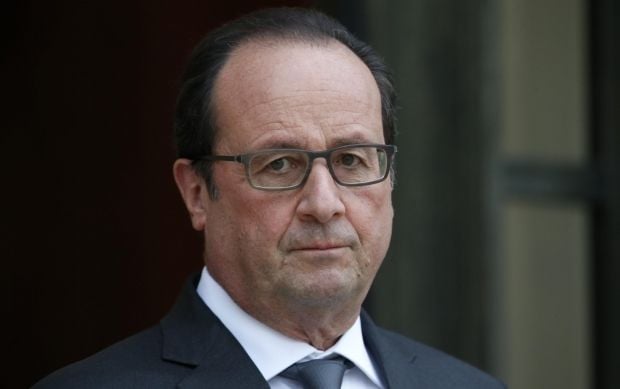 Hollande abandoned his controversial proposal, which would require constitutional reform, after the Chamber of Deputies and Senate each passed irreconcilable versions of the amendment and members of all parties said they wouldn't support the measure, Bloomberg reported.

"I have decided to close this constitutional debate," Hollande said Wednesday in Paris after meeting the leaders of both chambers. "We must do what we can in this situation, which is serious, to avoid divisions."

Hollande is struggling to turn around the worst polling numbers in French presidential history with just over a year to go before his term ends and as he casts about for policy proposals that might win back voters, he's meeting resistance from within his party. Earlier this month the president watered down a bill liberalizing France's labor market, also after opposition from the Socialist group.

The president said he "deplored" the attitude of those who blocked the amendment, and said he'd continue to push for measures to better protect France from terrorism. His critics said the plan would have done little to increase the safety of French people.

Hollande first proposed the citizenship measure after the November 13 terror attacks that killed 130 people around Paris, adopting an idea that right-wing parties had been pushing for years and that he himself had once opposed.

Because of international conventions barring countries from creating stateless people, the measure would only have applied to dual-citizens – all of the November 13 attackers identified so far were born in France or Belgium to parents of North African origins.

Opponents, such as Paris Mayor Anne Hidalgo and Foreign Minister Jean-Marc Ayrault, criticized the measure for creating two classes of French citizens – those born with another nationality and those without. They also said being buried without a French passport was unlikely to deter suicide bombers.

"I never understood the pertinence, the energy, and the time we spent on this issue," Nicolas Hulot, an adviser to Hollande on environmental issues, said Wednesday on Europe1 radio. "It just took attention away from things that are priorities. I don't see what this would have resolved."

The amendment passed by the Chamber of Deputies said anyone convicted of serious terrorist offenses could be stripped of citizenship, even though international conventions meant it could only apply to dual nationals. The Senate version explicitly said the measure only applied to dual nationals.

French constitutional amendments require that both houses of parliament pass the identical measure and then meet in a combined "Congress' where a three-fifths majority is required.