The Islamic State group, also known as ISIS, used mustard gas to attack Syrian troops during an offensive against a military airport in the eastern province of Deir Ezzor, state media reported late Monday, according to International Business Times (IBT). 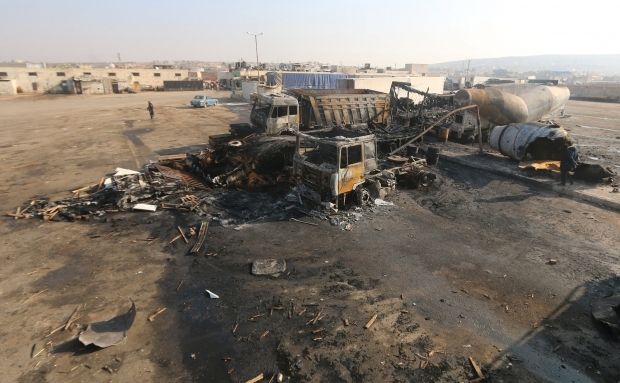 The number of casualties from the attack remains unclear, Syrian state media reported, adding that militants aimed to capture the airport, IBT reported.

The news reportedly adds to previous claims that ISIS is using various forms of the poisonous gas to attack targets. The attack comes as the extremist group, which controls large swaths of Iraq and Syria, has been targeted by the U.S.-led coalition as well as by Syrian and Russian forces. ISIS has lost about 20% of its territory in Syria and 40% in Iraq.

According to Amaq news agency, which is close to ISIS, the militants had launched a wide-scale attack on Jufrah village near the airport, Reuters reported. The attack was reportedly carried out by two suicide bombers who rammed their vehicles into army defenses causing "tens of dead."

"The battles continue on more than front and posts and we pray to Allah (God) victory for his Mujahideen [holy warriors]," an official statement by the militants said, according to Reuters.

However, there was no official confirmation on the report.