A race between a Boeing 737-800, and a Tesla Model S was arranged in Australia, according to Gizmodo. 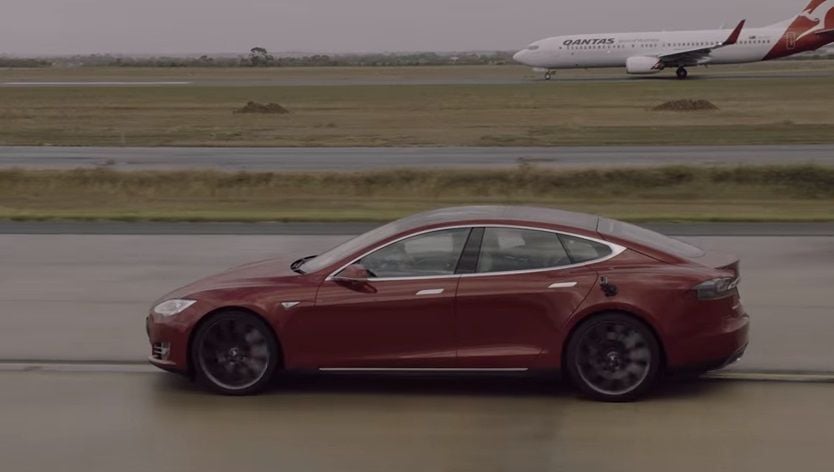 The "world’s fastest four-door sedan" Tesla Model S P90D competed with Boeing 737-800 at Melbourne’s Avalon airport, according to the report, in a race organized by an Australia’s Qantas carrier and Tesla.