President Obama hailed new Treasury Department rules cracking down on corporate tax inversions Tuesday, calling the practice of merging with a foreign company to escape U.S. taxes "one of the most insidious tax loopholes out there," USA Today reported. 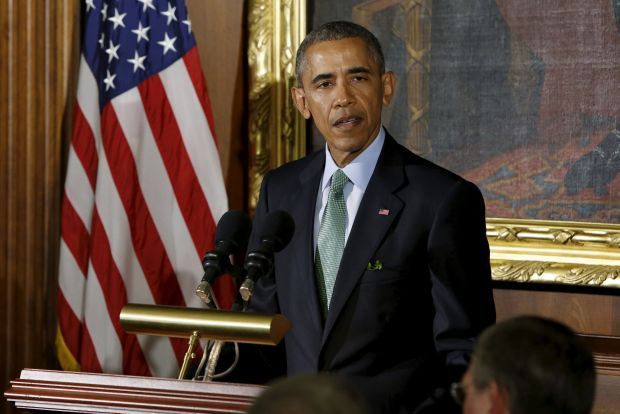 "We've had another reminder in this big dump of data coming out of Panama that tax avoidance is a big, global problem. It’s not unique to other countries," Obama said, according to USA Today. "A lot of it is legal, but that’s exactly the problem. It’s not that they’re breaking the laws, it’s that the laws are so poorly designed."

Corporations who can afford the accountants and lawyers to arrange the tax deals are "gaming the system," he said.

The Treasury Department on Monday announced the latest in a series of new regulations designed to restrict the inversions, in which a U.S. company agrees to be acquired by a foreign company simply to avoid paying the higher corporate income tax rate in the United States. "They effectively renounce their citizenship. They declare that they're based somewhere else,” Obama said.

Read alsoFT: Panama must be pressured into financial transparency reforms – OECD"They acquire multiple U.S. firms in stock-based transactions over a short period of time. This increases their size and reduces the negative tax consequences of a subsequent inversion," Lew said. In other words, by structuring the acquisitions a certain way, a company can get around restrictions preventing a smaller foreign company from acquiring a larger American one.

The new rule creates a three-year window during which a foreign company would not be allowed to count newly acquired companies toward its foreign ownership percentage.