A former communist backed by Vladimir Putin has become the frontrunner to take over the United Nations as its first ever woman chief, the Daily Mail reported. 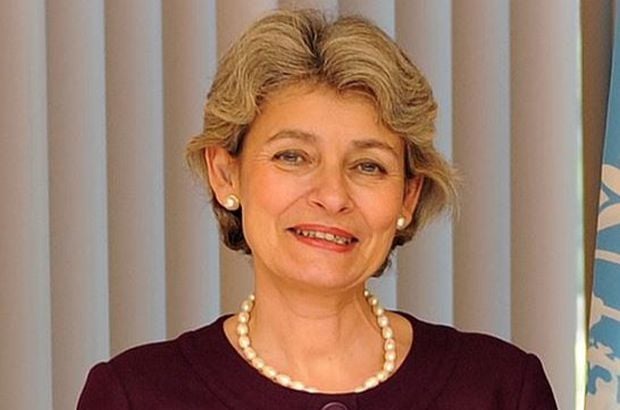 Irina Bokova, a Bulgarian who was educated in Moscow and is said to be a 'darling' of Mr. Putin, hopes to succeed Ban Ki-moon when he steps down at the end of this year, according to the report.

However the Daily Mail has obtained documents reflecting grave concern about her capacity to handle such an important job.

British diplomats have even demanded a fraud inquiry into an appointment made by the 63-year-old UNESCO chief.

Read alsoUNESCO should play a more active role in monitoring situation in Crimea - Ukraine diplomatThe UK ambassador to the UN cultural body took the extraordinary step after Mrs. Bokova tried to install an alleged crony as a deputy.

Leaked minutes of a private session of the UNESCO board reveal that Matthew Sudders launched a withering attack – sanctioned by Whitehall – on Mrs. Bokova's decision to make Ana Luiza Thompson-Flores, an 'under-qualified' Brazilian civil servant, her assistant director-general for strategic planning.

Critics viewed it as a ploy to secure Brazilian support for Mrs. Bokova's campaign for the UN job.

The British ambassador cited a suspicious embellishment of Miss Thompson-Flores's CV and a job advert that was mysteriously rewritten to lower the post's criteria.

A 'value for money review' of British taxpayers' cash given to UNESCO – due to be published soon by the Department for International Development – is understood to be highly critical of Mrs. Bokova's organization.

A fluent Russian speaker, she studied at the Moscow State Institute of International Relations during Soviet times, when it was dubbed 'a recruiting ground for the KGB.'

Her spokesman said the Thompson-Flores episode was 'an internal oversight matter,' adding: "The director-general responded in line with established rules and procedures."

She is the leading contender for the UN top job partly because there is pressure, particularly from America and the UK, for the candidate to be a woman, with Hillary Clinton believed to be a strong supporter of the idea.

There is also a feeling – promoted by the Kremlin – that it is the geographical 'turn' of Eastern Europe. Rivals for the secretary-general job include Helen Clark, former New Zealand prime minister, and Antonio Guterres, the former Portuguese leader.