World Bank Chief: estimates to rebuild Syria could be as high as $150bln

World Bank President Jim Yong Kim said Thursday that more than $150 billion would be required for the Syrian reconstruction. 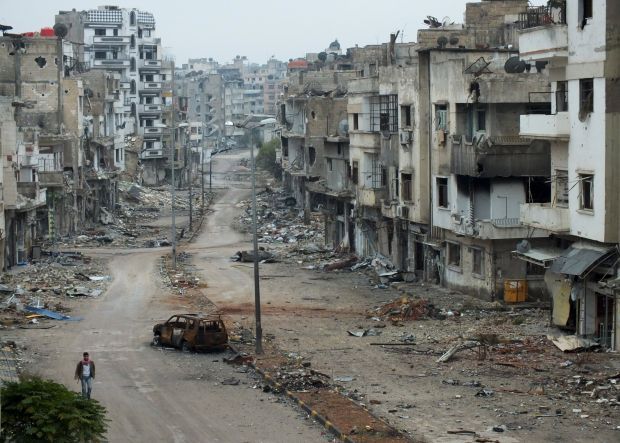 "I've heard estimates for the cost of rebuilding Syria that reaches $150, $180 billion just to get them back to the levels that they were before the war," the World Bank president said.

"In my meetings with Syrian refugees…I hear from many of them – and I think it's the majority – would like to go back to their homes if they could.  But I don't think that we're going to see lots of return unless we start building back some of the basic infrastructure, schools and health clinics being at the top of the list," he added.

Read alsoOver 500 killed in areas covered by Syria truce in first 23 daysAt this, he noted that the decline in oil prices obstructs the reconstruction in Syria, since the "usual strong supporters of the region, the oil producing countries, are themselves facing fiscal deficits."

"I am very worried that there will not be the kind of grant-based aid that we might have seen, you know, at the time of $100 a barrel of oil. So, we're going to have to be creative.  We are cooperating very strongly with the oil producing countries," Jim Yong Kim said.