Traumatized Ecuadoreans slept amid rubble while rescuers dug for survivors on Monday after an earthquake smashed the Andean nation's coastal region, killing at least 272 people and flattening resort towns, according to Reuters. 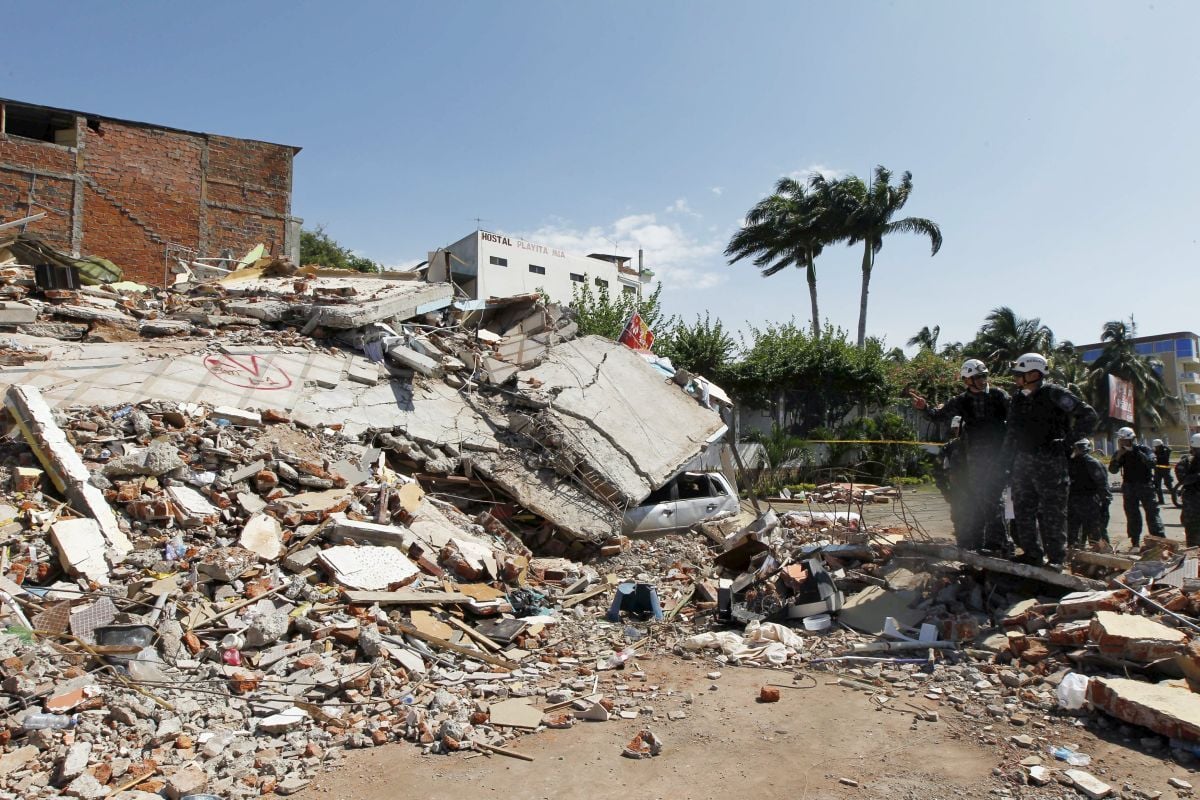 In the devastated beach town of Pedernales, shaken survivors curled up for the night on mattresses or plastic chairs next to the rubble of their homes. Soldiers and police patrolled the hot, dark streets while pockets of rescue workers plowed on.

Tents sprung up in the town's still-intact stadium to store bodies, treat the injured, and distribute water, food, and blankets to survivors. People wandered around with bruised limbs and bandaged cuts, while patients with more serious injuries were evacuated to hospitals.

"Ecuador has been hit tremendously hard," Correa said in a televised address, his voice breaking as he said he feared the death toll would rise from what he called a tragedy.