An explosion aboard a bus in Jerusalem left 16 wounded on Monday, Israeli media said, and police said it may have been a militant attack or the result of a fire from other causes, according to Reuters. 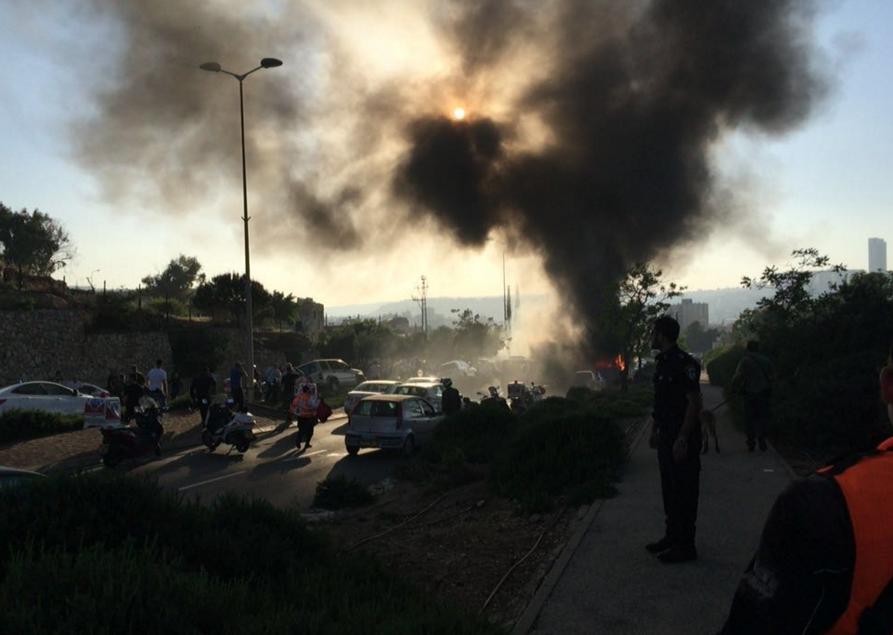 A bomb blew up a bus and set fire to another in Jerusalem on Monday, wounding 16 people in an attack that Israeli Prime Minister Benjamin Netanyahu linked to a six-month-old wave of Palestinian street violence, Reuters reports.

There was no immediate claim of responsibility from any Palestinian factions for the blast. Israeli officials declined to assign direct blame.

They said two of the casualties had not yet been identified and may have been bombers.

Suicide bombings on Israeli buses were a hallmark of the Palestinian revolt of 2000-2005 but have been rare since. With Palestinians carrying out less organized stabbing, car-ramming and gun attacks since October, Israel has been braced for an escalation.

"We will settle accounts with these terrorists," Netanyahu said in a speech, referring to whoever executed the bus attack.

BREAKING PHOTO: Scene in Jerusalem after at least 20 people have been wounded in a bus bombing. pic.twitter.com/LDtBK19Q0w

2 buses are now on fire. Reports suggest the buses were empty at time of bombing and casualties were pedestrians. pic.twitter.com/J19UKXVtNW