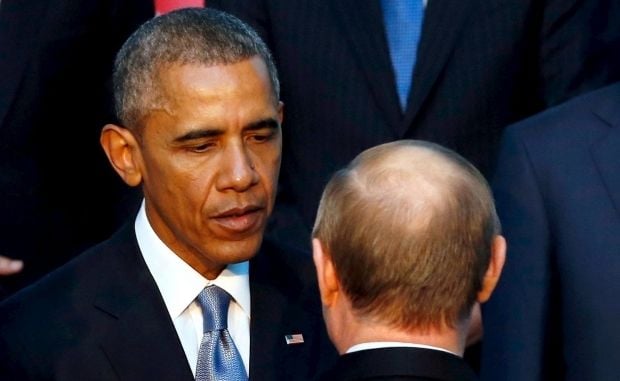 "The leaders discussed in detail the situation in Syria, confirming in particular their intention to facilitate the strengthening of a Russian-U.S. initiated ceasefire in this country as well as access for humanitarian aid," the Kremlin said in a statement on April 18, RFE/RL reports.

"For this purpose, additional measures for the rapid response to violations of the cease-fire will be worked out," the statement added.

During the call on April 18, the Kremlin said Putin emphasized the need to distance the moderate opposition from the Islamic State group and the Al-Nusra Front, and also to stop the flow of fighters and arms into Syria from Turkey.

The statement said both presidents stressed the importance of peace talks in Geneva which aims to find a political solution to the conflict.

White House spokesman Josh Earnest said: "Russia needs to abide by their commitments and, by doing so, they can begin to relieve some of the isolation sustained as a result of interfering with their sovereign neighbors in Ukraine."