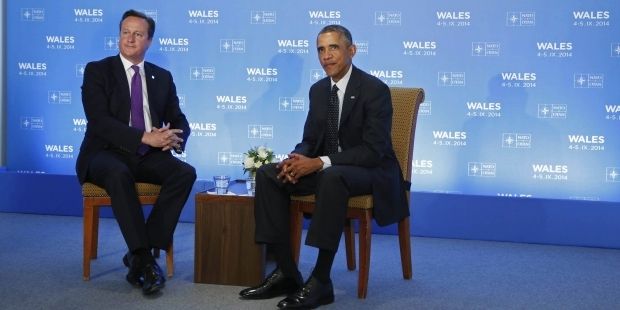 "We have to continue to invest in NATO so that we can meet our overseas commitments, from Afghanistan to the Aegean. We have to resolve the conflict in Ukraine and reassure allies who are rightly concerned about Russian aggression. All NATO allies should aim for the NATO target of spending 2% of their GDP on defense – something that David has made sure happens here in the UK to meet that standard," Obama said at a joint press conference in London on Friday, the White House reports.

In turn, Cameron recalled that the United Kingdom and the United States together with the European Union had imposed sanctions against Russia in response to its aggression against Ukraine.