Air strikes hit a hospital in a rebel-held area of Syria's Aleppo and killed at least 27 people, including three children and the city's last pediatrician, the Syrian Observatory for Human Rights (SOHR) said on Thursday, according to Reuters. 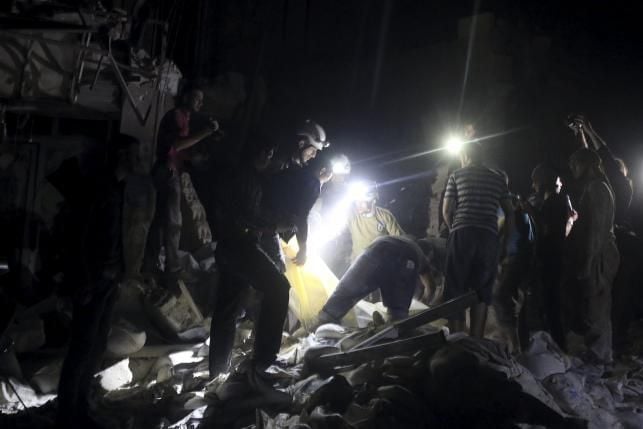 The bombed al-Quds hospital was supported by international medical charity Medecins Sans Frontieres (MSF), which said it was destroyed after being hit by a direct air strike that killed at least three doctors, Reuters wrote.

The Observatory said air strikes on rebel-held areas of Aleppo had killed 91 citizens in the past six days while rebel shelling of government-held areas had claimed 49 lives.

In the hospital bombing, Bebars Mishal of the Civil Defense in Aleppo told Reuters that 40 people had been killed in a five-storey building next to the hospital.

Read alsoUN: 50 civilian deaths in airstrikes on hospitals, schools in Syria on MondayA Syrian military source said government warplanes had not been used in areas where airstrikes were reported.

The Russian defense ministry, which is also conducting air strikes in Syria in support of President Bashar al-Assad, could not immediately be reached for comment. Russia has previously denied hitting civilian targets in Syria.