The Telegraph: Turkey to get visa-free travel despite failing to meet EU targets

Turkey should be granted visa-free travel to the European Union from the end of June, officials recommended today, despite the country failing to meet a series of reform targets in time, according to The Telegraph. 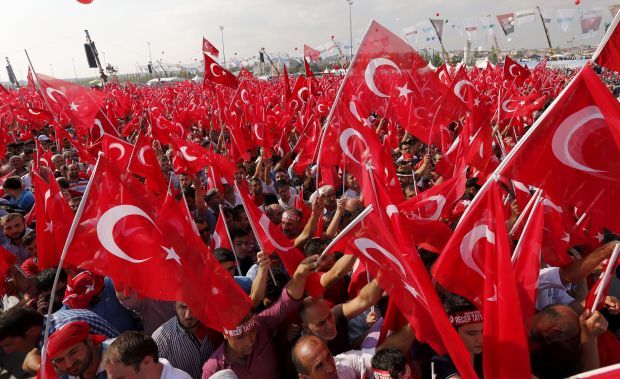 The European Commission issued a formal recommendation that visa requirements for 75 million Turks be lifted. It means that the population will be able to enter the Schengen zone for 90 days with just a passport, The Telegraph wrote.

It made the decision despite Ankara failing to meet five of 72 "benchmarks" set out by the EU as a condition for entry.

The offer of visa-free travel was a sweetener in a major EUR 6 billion deal struck between Turkey and the European Union in March.

In exchange, Turkey has stemmed the flow of migrants over the Aegean to a trickle, and agreed to take back any asylum seekers who do cross into Greece.

But in uncompromising public bargaining, Turkish leaders vowed to "terminate" the deal and trigger a return to chaos unless the visas were awarded.

The proposal must now be approved by national governments and the European Parliament.

Today’s announcement will fuel claims that Europe has been blackmailed by the increasingly authoritarian Turkish government.

The visa terms were set in 2013 and tied to a wide-ranging programme designed to bring large sections of Turkey’s legal regime up to European standards. Just weeks ago, only half the targets had been met and diplomats have worked around the clock to tick off as many as possible as emergency legislation was pushed through the Turkish parliament.

Turkey was also expected to offer judicial co-operation on crimes involving EU states and over-hauling terrorism legislation to "narrow the definition" of a terrorist activity.  Biometric passports have still not been fully rolled out, another key condition.

Read alsoCommissioner Hahn: Ukraine, Georgia, Kosovo may enjoy visa-free travels this yearThe European Commission said Turkey would be put on the visa-free list "on the understanding" that the benchmarks "will be met as a matter of urgency."

"Turkey has made impressive progress, particularly in recent weeks, on meeting the benchmarks of its visa liberalisation roadmap," said Frans Timmermans, the EU’s First Vice President.

"There is still work to be done as a matter of urgency but if Turkey sustains the progress made, they can meet the remaining benchmarks. This is why we are putting a proposal on the table which opens the way for the European Parliament and the Member States to decide to lift visa requirements, once the benchmarks have been met."

The Telegraph revealed today how Europe still has no entry-exit computer system to log arrivals, meaning that hundreds of thousands of short-stay visitors are disappearing without trace every year.