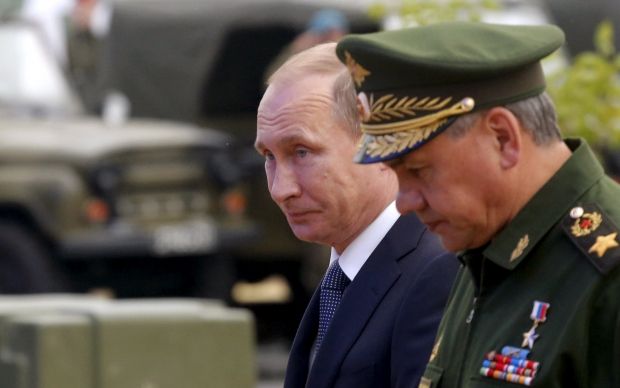 "The Defense Ministry is taking a number of measures to counteract the buildup of NATO forces in the immediate vicinity of Russian borders. Two new divisions will be set up in the Western Military District and one division in the Southern Military District until the end of the year," Shoigu said at a conference call, TASS reported.

Work is already under way to create necessary infrastructure at the places of the new divisions’ deployment, the defense minister said.

"I have given instructions to use the most advanced construction solutions to build the facilities. Specifically, block-modular structures will be used. The flow-line production technology and the delivery of modules allow erecting buildings within three or four weeks at the longest," the defense minister said.

Read alsoDW: Germany mulls stronger support for NATO mission in LithuaniaIf necessary, the structures can be promptly disassembled and moved to another place. The entire utility supply system, including boiler houses, is assembled in the same prompt manner, Shoigu said.

Read alsoU.S. bill backs more defense spending for Europe, Ukraine: RFE/RLThe Russian defense minister announced the formation of three new divisions in the western direction back in January. Later it was reported that a new motor rifle unit would be set up near Rostov-on-Don and two more such formations in the Smolensk and Voronezh Regions.

Each of the new divisions was reported to have 10,000 personnel.