An estimated 1,600 homes and buildings have been destroyed by a wildfire in Fort McMurray, Alberta, and the province has declared a state of emergency, Canada's news organization CTV News reported. 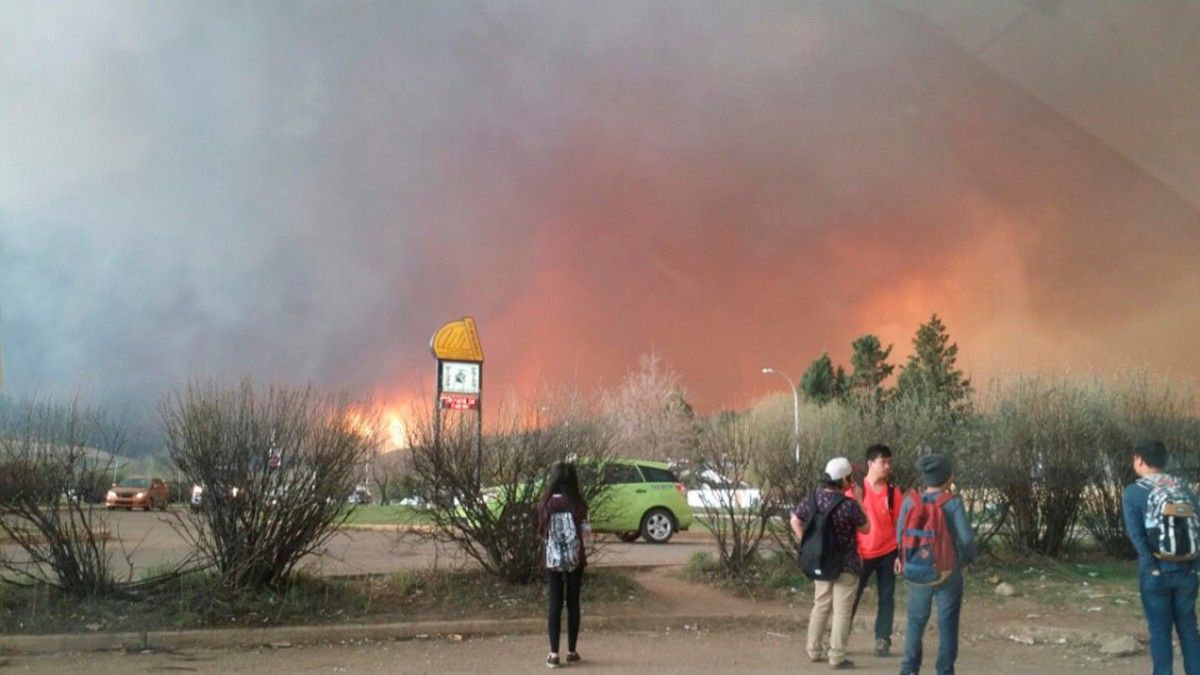 The northern Alberta town, which is Canada's oilsands capital, was caught off guard by a quick-spreading conflagration on Tuesday, the report said.

By Wednesday afternoon, more than 80,000 people had heeded a mandatory evacuation order, and tens of thousands were staying in emergency shelters in communities like Lac La Biche and Edmonton. Some oilsands mines have been shut down, according to the report.

The flames continued to spread Wednesday, amid temperatures that exceeded 30 C combined with high winds.

"We have basically two things that we have to do," she later told CTV Edmonton from Anzac, where many Fort McMurray residents were staying temporarily.

"We have to respond to this emergency, and we have to recover from it." she said.

Temperatures are expected to fall to a high of 20 C on Thursday, but officials said it could be days before the situation is under control.