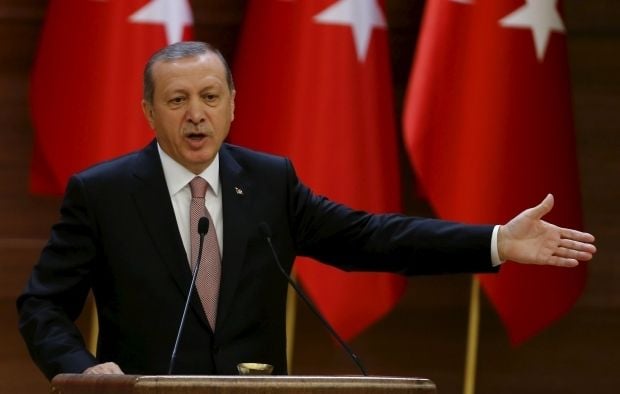 "We will go our way; you go yours," he said, addressing a local rally in Istanbul on Friday, Anadolu reports.

Among five remaining benchmarks for Turkey to address, the EU demanded a change in Ankara's legislation on terrorism in exchange for visa liberalization for Turkish citizens, Anadolu reported.

"The EU is telling us to change our law on combatting terrorism. [They] are allowing terrorists to raise tents and then [they] come with requirements," said Erdogan

Read alsoThe Telegraph: Turkey to get visa-free travel despite failing to meet EU targetsErdogan was referring to a controversial tent raised in March by PKK supporters near the European Council building in Brussels. PKK is declared a terrorist organization by the EU, the U.S., and Turkey.

The 28-nation bloc's executive body said Turkey has five remaining benchmarks, out of an initial 72, to fulfill before the European Parliament is set to vote on whether nearly 80 million Turkish citizens will be able to travel freely in the Schengen borderless zone.