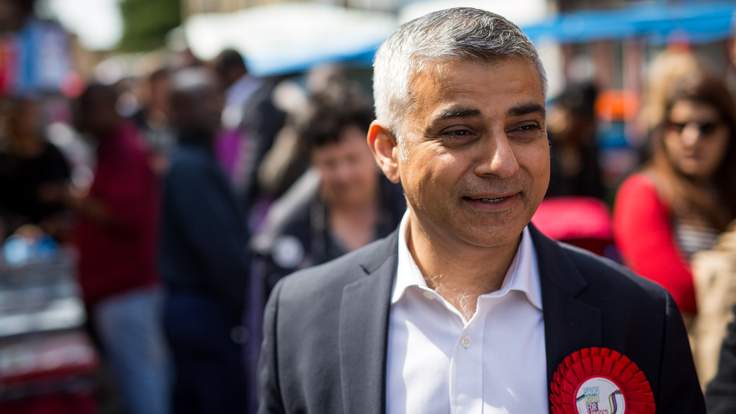 Zac Goldsmith and David Cameron in turn sought to link Mr Khan with Muslim "extremists" during the lead-up to Thursday's poll.

Jeremy Corbyn hailed Khan's victory by tweeting: "Congratulations @SadiqKhan. Can't wait to work with you to create a London that is fair for all! #YesWeKhan."

Congratulations @SadiqKhan. Can't wait to work with you to create a London that is fair for all! #YesWeKhanpic.twitter.com/FqRjfY1xNT

Mr Khan was the bookmakers' favourite to win the mayoral race.

Read alsoPotential UK prime minister agrees with Putin on annexation of Ukraine's CrimeaHe is the son of a Pakistani bus driver who grew up on a council estate.

He has been the MP for Tooting since 2005, and has held the posts of transport minister, shadow justice secretary and shadow minister for London.