The Economist compares crony capitalism in the world

Worldwide, the worth of billionaires in crony industries soared by 385% between 2004 and 2014, to $2 trillion, according to The Economist.

Using data from a list of the world's billionaires and their worth published by Forbes, The Economist has labeled each individual as crony or not based on the source of their wealth. It has also defined industries that are the most vulnerable to crony capitalism. These are industries that have a lot of interaction with the state, it is noted. The Economist has aggregated the billionaires by their home country and expressed the total wealth as percentage of GDP.

Germany is cleanest, where just a sliver of the country's billionaires derives their wealth from crony sectors. Russia fares worst in the index: wealth from the country's crony sectors amounts to 18% of its GDP. Thanks to tumbling energy and commodity prices politically connected tycoons have been feeling the squeeze in recent years, according to the report. 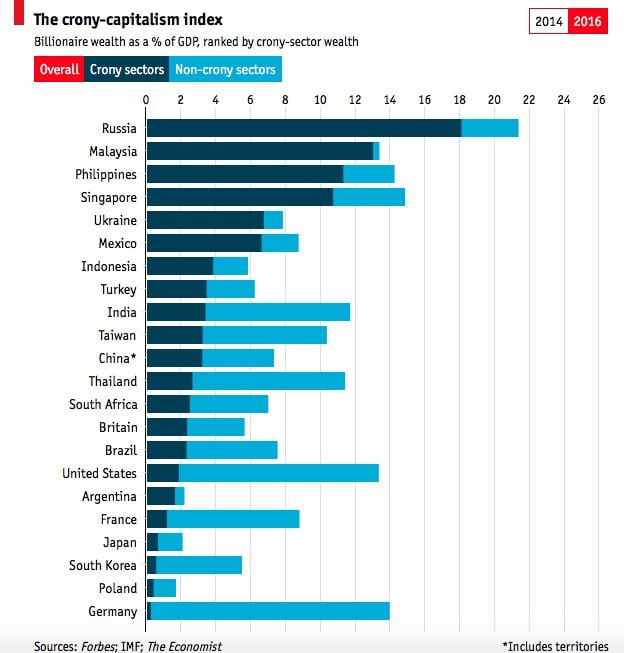 Ukraine has been placed fifth in The Economist's crony-capitalism index, with crony sector wealth amounting to 6.7% of the country's GDP.