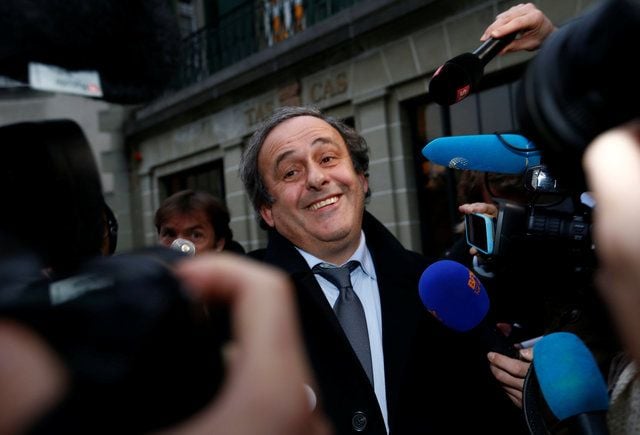 “I take note of today’s decision from CAS [Court of Arbitration for Sport] but I see it as a profound injustice,” Platini said in a statement, The Guardian reports.

“As agreed with the national associations, I am resigning from my duties as Uefa president to pursue my battle in front of the Swiss courts to prove my innocence in this case.

The court ruled that Platini was guilty of conflict of interest for taking a GBP 1.25 million payment from FIFA approved by Sepp Blatter in 2011.

Read alsoSepp Blatter says he quits work in footballThe money was uncontracted extra salary for working as Blatter’s presidential adviser from 1999-2002, and was largely unknown until it was revealed by Swiss federal prosecutors last September.

The CAS panel “was not convinced by the legitimacy of the 2,000,000 Swiss francs payment, which was only recognised by Mr. Platini and Mr. Blatter,” the statement said.