The Washington Post: A fight to protect 'the most valuable real estate in space' 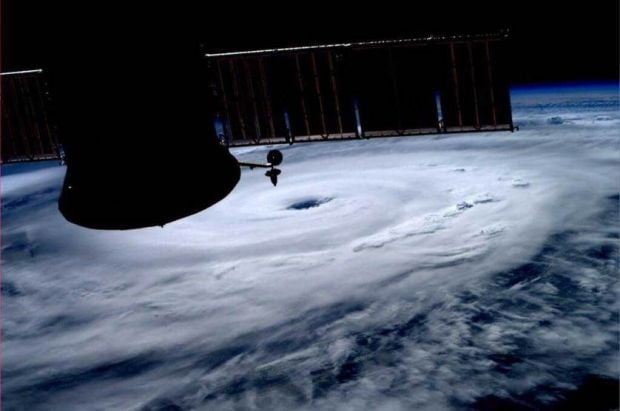 Now, as Russia, China and others develop technology that could take out the national security infrastructure the United States has built in space, Pentagon officials fear its satellites could be sitting ducks, The Washington Post wrote.

Navy Adm. Cecil Haney, commander of the U.S. Strategic Command, said recently that North Korea has successfully jammed GPS satellites, that Iran was busy building a space program and that "violent extremist organizations" were able to access space-based technologies to help them encrypt communications, among other things.

"Every military operation that takes place in the world today is critically dependent on space in one way or another," said Hyten, commander of the Air Force Space Command. "Whether our own people in the United States are fully cognizant of the dependence on space or not, the rest of the world has been watching us very closely."

Since the 1991 Persian Gulf War, the United States has become increasingly reliant on space for how it fights. Its satellites are used to snap images of the enemy, provide communications in remote areas, and guide ships, drones and even bombs via GPS. That same navigation technology also has become embedded into everyday life for Americans, who rely on satellites for driving directions, television signals and more. Even the banking system uses GPS to time transactions.

Those high-tech capabilities have given the U.S. military an extraordinary advantage over its adversaries, and over the years, the military has launched dozens of satellites into space.

Although Hyten and others had long been concerned about the mounting arms race in space, it was only after the 2013 launch by the Chinese that the Pentagon acted with a new sense of urgency.

As adversaries began targeting space, "there was a level of frustration" in the space community, Hyten said. "We just needed someone to say go."

The "go" came in 2014, when top Pentagon officials, including Work, the deputy defense secretary, made space a priority, saying at a meeting that "if, God forbid, someday a conflict does extend from the Earth to space, what are you going to do about it?" Hyten recalled.

The Pentagon spends $22 billion on space programs and is investing an additional $5 billion in space efforts this year, including $2 billion for what is known as "space control," which includes its highly classified offensive programs. Hyten declined to discuss the ways in which the United States is preparing to attack other countries in space. But the United States has had the capability to blow up satellites since 1985, when an F-15 fighter pilot fired a missile into space that took out an old military observation satellite.

The Pentagon is moving in the right direction, said Elbridge Colby, a senior fellow at the Center for a New American Security, because if the United States was to get into a conflict with Russia or China, "we should count on them going into space because it's so important to us, and it's quite vulnerable."

Read alsoChina flight tests new multiple-warhead missileThe new space operations center has been up and running for just more than six months. It had what Hyten called "a very slow start because we just hadn't thought about it." But officials have begun running through scenarios and identifying weaknesses in defense, which help officials tear down the walls between different fiefdoms, he said, so communication and planning can improve.

Most of all, there has been a culture change, he said. Where Pentagon officials who focused on space once operated in what was a peaceful environment, they have had to think of themselves — and space — differently.

Not that the Pentagon is inviting war. Its preparations are to deter conflicts, not incite them, officials said.

During a recent speech, Frank Rose, the assistant secretary of state for arms control, verification and compliance, said he was "concerned about the continued development by Russia and China of anti­satellite weapons." But he said the United States "is committed to preventing conflict from extending into space, and our diplomatic strategy supports this goal. The possibility of conflict in space is in no one's interest."

Part of that is speaking out publicly about a highly sensitive subject.

Read alsoPentagon says NATO weighs four battalions in Eastern Europe to deter Russia: Reuters"The fact that the Pentagon is being so vocal, consistent and in some sense you could say dramatic is an indication of how serious the problem is," Colby said.

When China flew its missile to near what's known as geo­stationary orbit — the orbit where the Pentagon has many of its satellites — that "appears to have scared the crap out of people," said Brian Weeden, a technical adviser for Secure World Foundation.

At the time, Chinese officials said they had tested a land-based missile interceptor and denied that the weapon was designed to destroy satellites.

Russia also got the Pentagon's attention when one of its satellites, launched in 2014, flew between two commercial Intelsat communications satellites and then sidled up to a third.

"It did not pose a collision risk, but it was uncomfortably close," Weeden said.