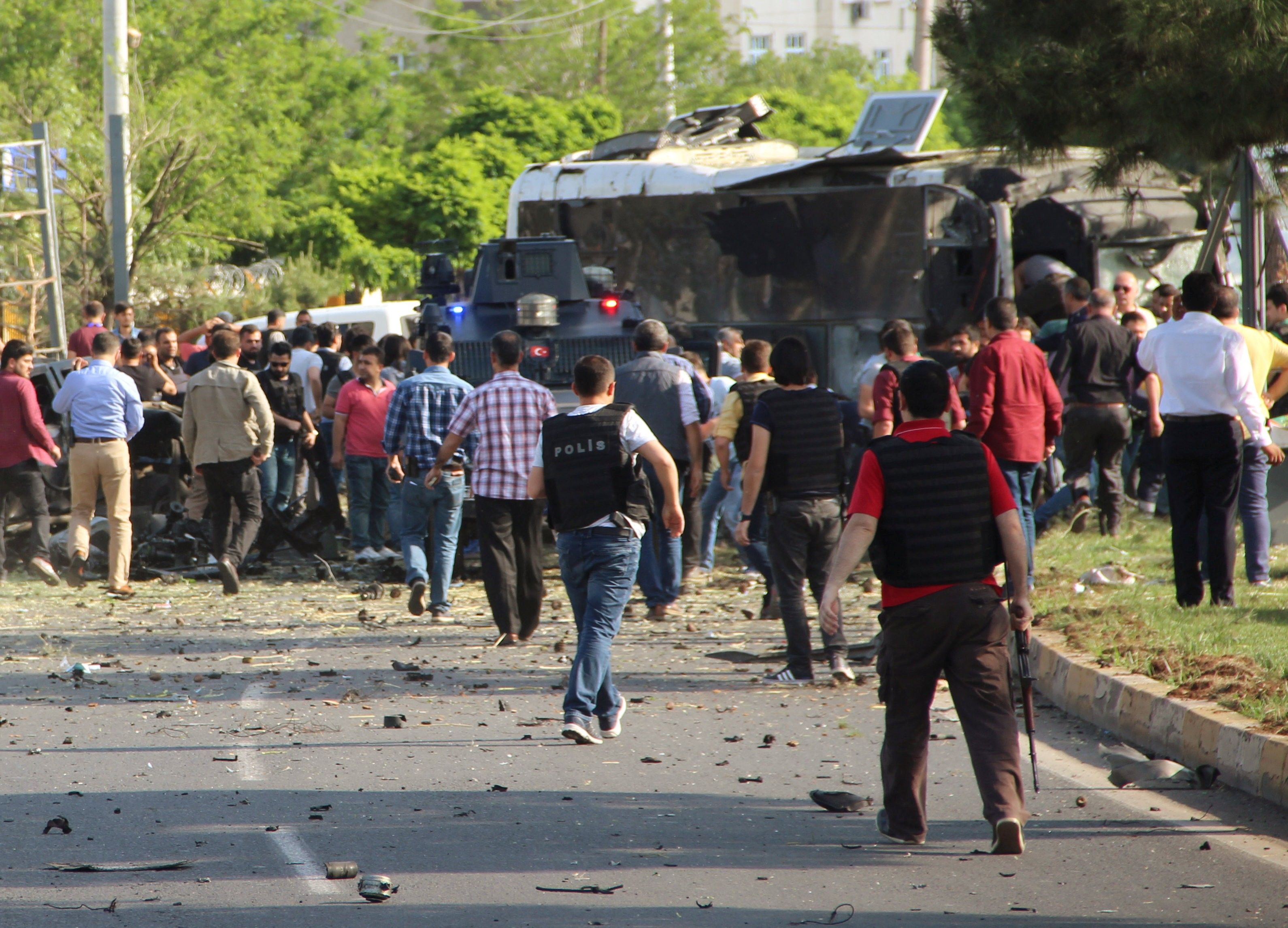 Explosives in the vehicle were detonated from a distance as an armored police van passed, wounding 12 police officers, the governor's office said. A Reuters witness heard a big explosion in the city center, followed by ambulance sirens. Black smoke rose over the site and debris was scattered along a wide avenue.

Five of the wounded were inmates being moved while under police custody, a security source said. A senior official said some of them were members of the outlawed Kurdistan Workers Party (PKK) militant group being taken to hospital and that they may have been targeted for being suspected informants.

The PKK has waged a three-decade insurgency against the Turkish state to push for Kurdish autonomy in the southeast. It is considered a terrorist organization by Ankara, the European Union and the United States.

Parts of Diyarbakir and other towns in the region bordering Syria, Iraq and Iran have seen intense security operations since conflict between the state and PKK re-ignited in July 2015.