Germany steps up its flirting with Russia: EurActiv 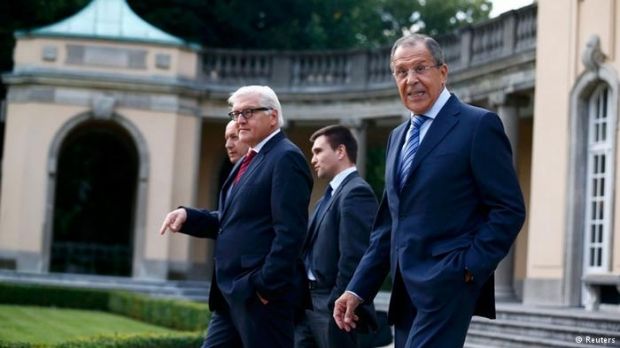 Officially, Berlin-Moscow relations remain strained. But the Bundesrepublik has in fact sent more of its politicians and businessmen to Russia than any other country. Bavarian powerhouse and Angela Merkel’s number one critic these days, Horst Seehofer, met with Vladimir Putin back in February in a visit seen as an attempt to distance himself from the chancellor, reads the report.

Over the recent period, Thuringia’s minister-president Bodo Ramelow took a 40-strong delegation to Moscow and Kazan. His counterpart in Saxony-Anhalt, Reiner Haseloff, met with the Russian ambassador in Berlin and suggested that he would be in favor of seeing an end to the current sanctions against the Russian Federation. Then there are other trips, made unbeknownst to the German public, that are seen in Russia as Berlin’s efforts to normalize relations in spite of the war in Ukraine.

On April 6, more German MPs visited the Russian State Duma, with the matter of discussing why Western-Russian communication is so difficult, high on the agenda.

Read alsoKremlin says Putin, Merkel to continue Donbas settlement in Normandy formatChairman of the State Duma and a long-term Putin’s ally – back from their time in the KGB as many believe – Sergey Naryshkin met with the group. This meeting could not have taken place in Germany, at least not with Naryshkin, because the Duma chairman was hit with an EU travel ban back in 2014 after he supported “the use of Russian troops in Ukraine” and the annexation of Crimea.

Five days after the Duma visit, another German delegation was received in the Kremlin. Putin normally only puts in an appearance when heads of state or government rock up on his doorstep. But obviously these particular guests were important enough for him to greet them, adding praise for their “support of Russian-German trade and economic relations.” The president of the Committee on Eastern European Economic Relations replied that they would continue this work “despite the known problems”.

Read alsoSteinmeier calls for cooperation with RussiaIndeed, the committee has long voiced its strong opposition to the sanctions in place; it is currently supporting Putin’s project to create an economic area “from Lisbon to Vladivostok”. For its new chairman, Wolfgang Buechele, head of Linde AG, it was a sort of first official visit to Moscow. The following day, some Russian newspapers had large photos of the meeting as their featured images of the day.

The Petersburg Dialogue, a forum born in 2001 to foster stronger connections between the two countries, recently met in Sochi to debate primarily on global security. Before the meeting had even begun, Russian chairman Viktor Zubkov, praised the fact that there are many “like-minded people” on the German side, whose attitudes also revolve around “healthy pragmatism.”

A similar meeting of the Dialogue back in October, in Potsdam, turned rather sour when the Germans talked about Russia’s role in Ukraine, while Zubkov made his displeasure well known.

Read alsoGermany to increase troops: DWThat Russia is now hosting the Dialogue shows how important the involvement of the Russian leadership is to the entire relationship. In July, it will once again be held in St. Petersburg. Two years ago, the forum was cancelled at short notice because of the Ukraine crisis and ongoing internal reforms. Germany’s chairman of the Dialogue, as well as head of Deutsche Bahn, Ronald Pofalla, said that two-thirds of the reform process is completed, with the rest coming this week.

Pofalla also suggested that there is a new-found willingness on the part of the Russian’s to change, which could not have been imaginable last year. “On the German side, we have opened up the Dialogue more to civil society,” Pofalla said.

A rapprochement between Germany and Russia is also in the offing in Moscow. Kommersant, reporting on the Sochi meeting, said that the biggest surprise was the “unprecedented warm atmosphere.” “Even in the debates on Ukraine and NATO-enlargement, the experts expressed caution,” it added.

However, the word “annexation” did not pass the lips of the German representatives once during the meeting, the article concludes.