They were snapped up for almost $9,000 by a Canadian buyer

A pair of Queen Victoria`s bloomers, with a 50-inch waist, were snapped up for almost

$9,000 by a Canadian buyer at a central England auction yesterday, The Canadian Pressinforms.

Barbara Rusch of Toronto has collected Queen Victoria memorabilia of all kinds for about 25 years, but has never been able to bid on a pair of her bloomers before.

"So this is a wonderful, wonderful find for me today and a great acquisition, a great treasure to add to my collection," she said.

The handmade knickers, dating back to the 1890s, bear the monogram "VR" for Victoria Regina. They are open-crotch style, with separate legs joined by a drawstring at the waist -- popular in the late Victorian era.

The royal drawers belonged to a family in western England whose ancestor was a lady-in-waiting for the Queen.

"They are monogrammed and crested and we know that they are hers."

Ms. Rusch was also the winning bidder for a Queen Victoria chemise, with a 66-inch bust.

Before the auction, Mr. Hanson valued the underwear at $1,000, while the chemise and nightgown were valued at $600 each.

Ms. Rusch, whose collection also includes a pair of Queen Victoria pink hand-embroidered stockings, said Victoria was in the habit of having her clothing, especially her underclothing, embroidered with her initials VR, surmounted by her crown. 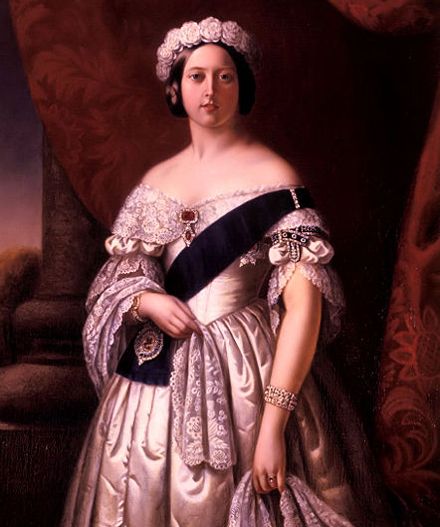 The Globe and Mail, The Canadian Press, AP