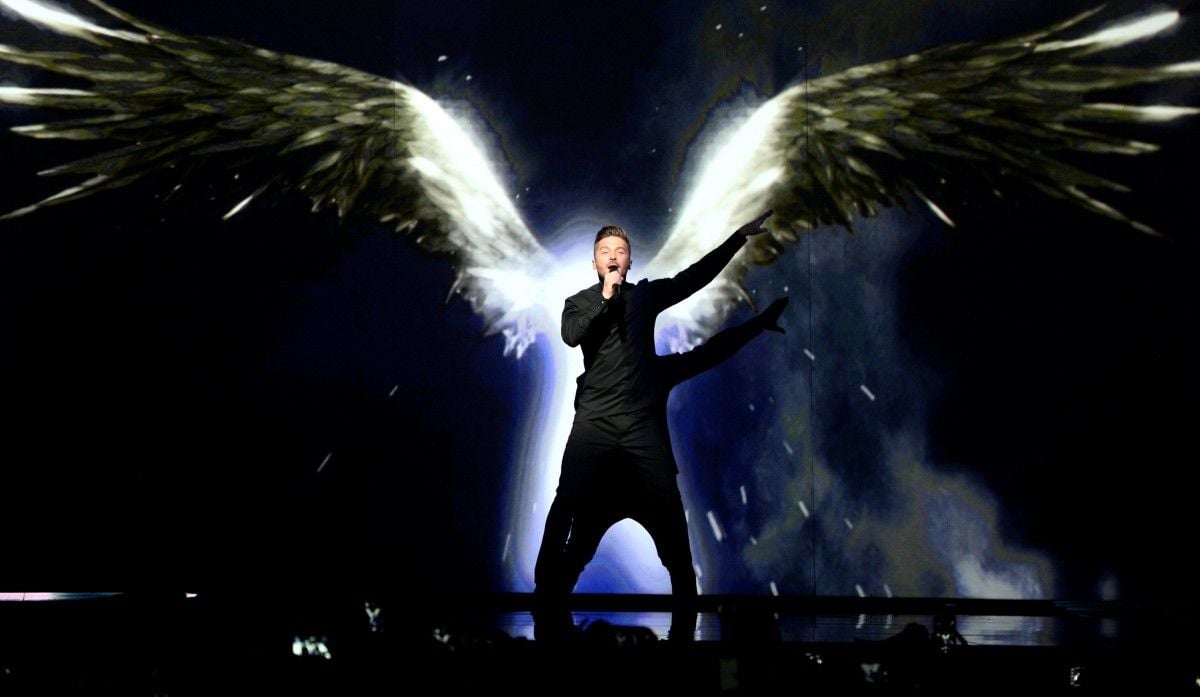 When Ukrainians selected a Crimean Tatar singer to represent their country at the Eurovision Song Contest earlier this year, many Russians were indignant, according to RFE/RL.

The song titled 1944 performed by Jamala evokes the deportation of Crimean Tatars by Soviet dictator Josef Stalin and is widely viewed as a thinly-veiled criticism of Moscow's 2014 annexation of Crimea.

But Russia's own Eurovision entrant, the bookies' favorite, can hardly be described as an admirer of the Kremlin's seizure of the peninsula or the jingoism behind it.

A video showing Russian contender Sergei Lazarev discussing the Crimean takeover has surfaced online, creating a stir among both fans and foes.

In the two-year-old interview to Ukrainian television, Lazarev said he still considered Crimea to be part of Ukraine.

"Maybe my own Russian fans will throw tomatoes at me, but this is the way it is for me," he said. "When I travel to Yalta, for me it's Ukraine."

He added that he "won't take part" in concerts where Russian performers chant from the stage that Crimea and Russia are one nation.

Lazarev, whose grandmother is Ukrainian, also revealed that he had turned down invitations to tour Crimea.

"At this stage I'm not ready to go there," he said.

While Lazarev plans to sing about love at the upcoming Eurovision contest, his offstage comments have already sparked calls for a boycott from some Russian viewers.

Lazarev, however, has substantially toned down his criticism since the 2014 interview. In subsequent comments on Ukrainian television, he claimed that his words had been taken out of context.

And in April 2016, he refused to share his views on Crimea, telling the reporter that he no longer answered questions about politics.

Lazarev was nonetheless reportedly spotted at a Eurovision event in this year's host city, Stockholm, wearing clothes by a Ukrainian designer, in what has been interpreted by some as a discreet gesture of support for his grandmother's homeland.