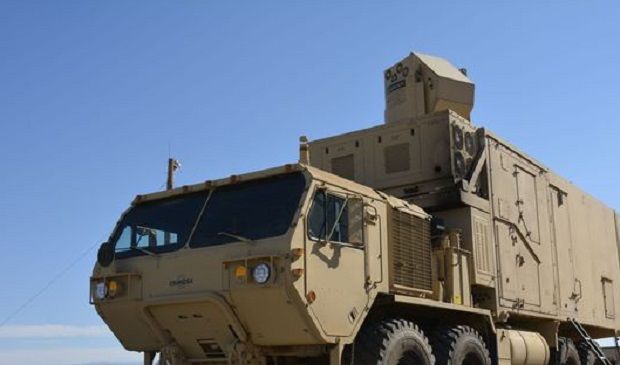 "Aiming specifically to determine how the High Energy Laser Mobile Test Truck might help troops in the Army of 2025, the service's weapon system participated in an exercise at Fort Sill, Oklahoma, conducted through the Fires Center of Excellence Battle Lab," Defense News wrote.

From April 11-19, the HELMTT program, which is managed by the Army Space and Missile Defense Command and Army Forces Strategic Command, was brought into the Excellence Maneuver Fires Integrated Experiment (MFIX) and used to acquire, track, engage and destroy air and ground targets in "a simulated tactical environment" and demonstrated the Army's directed energy technology, according to a May 12 Army statement.

Read alsoU.S. to launch missile defense shield in Romania"We integrated HELMTT for the first time into an Army command and control network," said Adam Aberle, the SMDC technical center HELMTT demonstrator program manager. "We learned how a laser platform would operate in a relevant tactical environment."

Moving beyond just testing its capability, the Army is looking at "how to employ and develop the tactics, techniques and procedures of operating it and do mission planning," he added.

The program consists of a Heavy Expanded Mobility Tactical Truck with a 10-kilowatt laser weapon.

According to the SMDC, it is also working to mount a 2-kilowatt laser weapon on a Stryker vehicle, called a Mobile Expeditionary High Energy Laser.