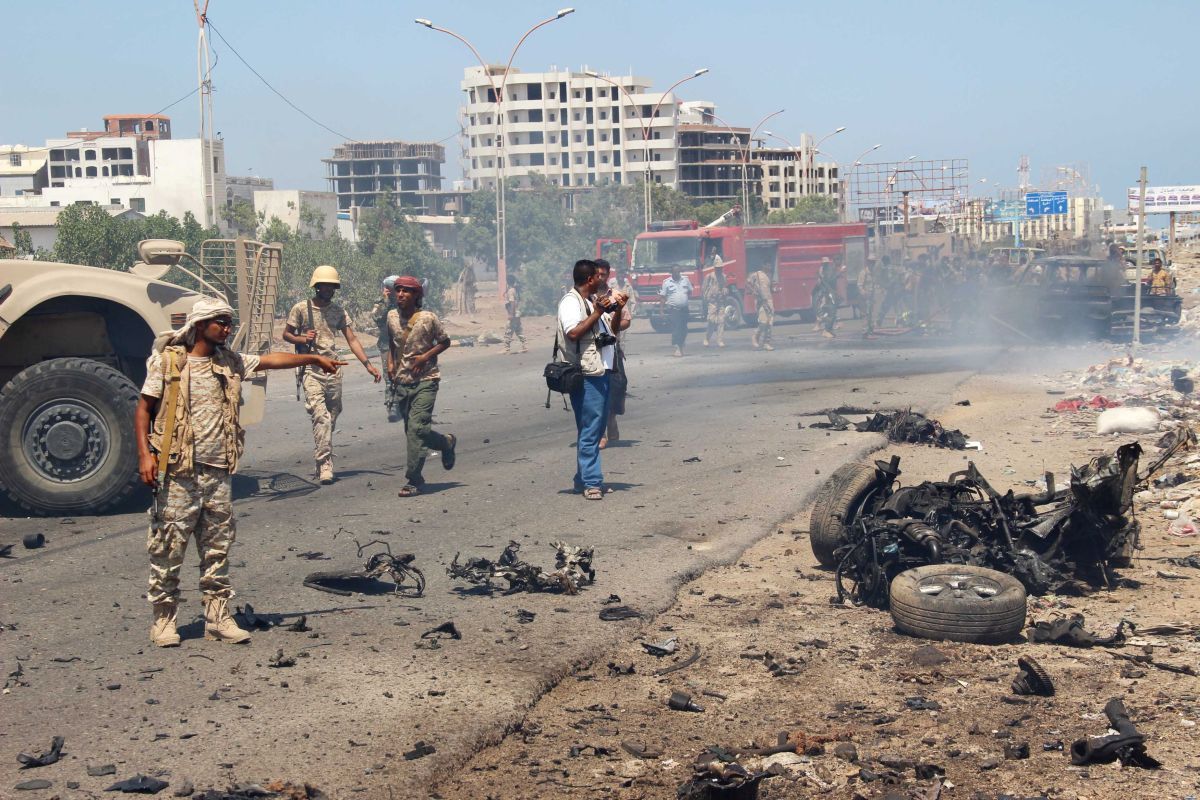 The victims were queuing up to register when the bomb, which wounded 25 others, went off, the sources said, as reported by Reuters.

It was the second deadly blast in four days to hit the city, a hub for al Qaeda before the militant group was pushed out last month in an offensive by Yemeni troops backed by a Saudi-led coalition.

Read alsoYemen peace talks set to open in KuwaitIn a message on its online news agency Amaq, Islamic State said Sunday's attacker was a "martyrdom-seeker" who had detonated his explosive belt. It said around 40 died in the attack.