Al Qaeda turns to Syria, with a plan to challenge IS: NYT 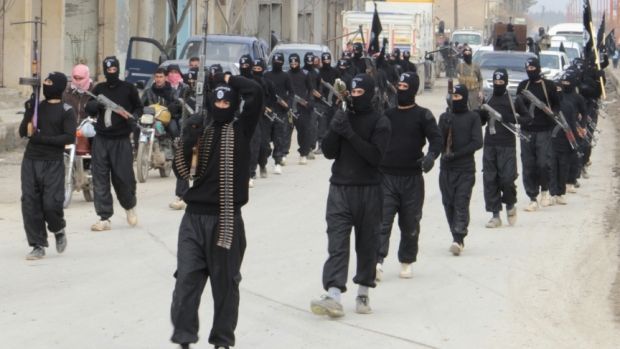 The movement of the senior Qaeda jihadists reflects Syria's growing importance to the terrorist organization and most likely foreshadows an escalation of the group's bloody rivalry with the Islamic State, Western officials say, NYT reports.

The operatives have been told to start the process of creating an alternate headquarters in Syria and lay the groundwork for possibly establishing an emirate through Al Qaeda's Syrian affiliate, the Nusra Front, to compete with the Islamic State, from which Nusra broke in 2013. This would be a significant shift for Al Qaeda and its affiliate, which have resisted creating an emirate, or formal sovereign state, until they deem conditions on the ground are ready. Such an entity could also pose a heightened terrorist threat to the United States and Europe.

Qaeda operatives have moved in and out of Syria for years. Ayman al-Zawahri, the group's supreme leader in Pakistan, dispatched senior jihadists to bolster the Nusra Front in 2013. A year later, Mr. Zawahri sent to Syria a shadowy Qaeda cell called Khorasan that American officials say has been plotting attacks against the West.

But establishing a more enduring presence in Syria would present the group with an invaluable opportunity, Western analysts said. A Syria-based Qaeda state would not only be within closer striking distance of Europe but also benefit from the recruiting and logistical support of fighters from Iraq, Turkey, Jordan and Lebanon.

Read alsoIS Yemen suicide bomber kills 25 police recruitsAl Qaeda and the Islamic State have the same ultimate objective to create an Islamic state, but they have used different tactics. The Islamic State moved quickly to impose harsh, unilateral control over territory in Iraq and Syria and declare its independence. The Nusra Front has painstakingly sought to build influence over areas it wants to control and with other Syrian rebel groups opposed to the government of President Bashar al-Assad.

One of the operatives Western intelligence officials are focused most intently on is Saif al-Adl, a senior member of Al Qaeda's ruling body, known as the Shura Council, who oversaw the organization immediately after Osama bin Laden was killed by Navy SEALs in Pakistan in 2011. It is unclear whether Mr. Adl is in Syria, North Africa or somewhere else, American intelligence officials said.

The government of Iran released Mr. Adl and four other senior members of Al Qaeda early last year as part of a secret prisoner swap with Al Qaeda's branch in Yemen, the group holding an Iranian diplomat, Nour Ahmad Nikbakht.

Mr. Adl, a former colonel in the Egyptian military who is believed to be in his 50s, is listed on the F.B.I.'s Most Wanted Terrorist list and was indicted in the 1998 United States Embassy bombings in East Africa. He is the subject of a $5 million American bounty.